Town settles lawsuit; mosque will be allowed to be built 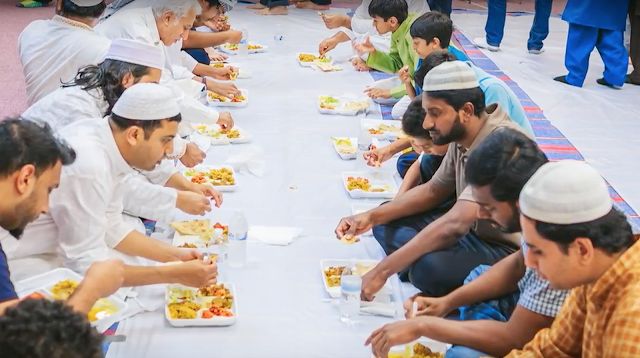 By Ed Diokno
September 10, 2017
Views From the EdgeA mosque will finally be allowed to be built in a Pennsylvania town accused of anti-Muslim bias.

The Justice Department Tuesday (Sept. 5) announced an agreement with Bensalem Township, Pennsylvania, to resolve allegations that the Township violated the Religious Land Use and Institutionalized Persons Act of 2000 (RLUIPA) when the Township denied zoning approval to allow the Bensalem Masjid to build a mosque on three adjoining parcels of land in the Township.

The Bensalem Masjid, a Muslim congregation made up of more than 200 families, does not have a mosque. Its members have been conducting Friday afternoon worship in a local fire hall.

The United States’ complaint filed in July, 2016 alleged that the Bensalem Township’s denial of a variance imposed a substantial burden on the Bensalem Masjid’s religious exercise, treated the Bensalem Masjid less favorably than the township treated nonreligious assemblies and discriminated against the Bensalem Masjid on the basis of religion.
The complaint also alleged that the township placed unreasonable limitations on religious assemblies generally through its land use regulations.At public hearings, zoning board members expressed concerns about parking and traffic, as well as the size of the proposed mosque, which is located in a residential area. DOJ argued these concerns were frivolous, especially in light of the fact that the board previously issued such variances to other religious groups and commercial interests.
As part of the agreement, the Bensalem Masjid will be permitted to use the three adjoining properties for the purpose of building a mosque. Thus far, no plans have been submitted, according to a local official.
The Township has also agreed to review and amend its zoning ordinance to comply with the requirements of RLUIPA. Additionally, the Township has agreed that it will advise its officials and employees about the requirements of RLUIPA, among other remedial measures.
The federal statute contains multiple provisions prohibiting religious discrimination and protecting against unjustified burdens on religious exercise.
Persons who believe they have been subjected to discrimination in land use or zoning decisions may contact the U.S. Attorney’s Office Civil Rights Hotline at (855) 281-3339 or the Civil Rights Division Housing and Civil Enforcement Section at (800) 896-7743.
AsAmNews has Asian America in its heart.  We’re an all-volunteer effort of dedicated staff and interns. You can show your support by liking our Facebook page at  www.facebook.com/asamnews, following us on Twitter, sharing our stories, interning or joining our staff.