Police in San Jose have arrested a suspect accused of targeting East Indians and Asian women; while in Sacramento authorities have scheduled a community meeting to discuss a spike in crimes against Asian Americans.

Lawrence Carter has been booked on three counts of robbery, two counts of elder abuse, assault with a deadly weapon and vandalism.

It’s part of a series of at least seven armed and strong armed robberies of gold chains between July and September in San Jose.

It’s unclear if there are any other suspects in these cases.

Authorities released a video below showing a man snatching a necklace off an elderly’s woman’s neck.

ABC7 reports a man told them the victims in the video were his 85-year-old mother and 65-year-old sister-in-law visiting from Chicago.

In Sacramento, authorities are reporting a spike in robberies, carjackings and home invasions. In two neighborhoods, crimes against Asians were up 25 and 8 percent, but in another, crime was down 40 percent-reversing a 25 percent spike from 2015 to 2016.

The Sacramento Bee reports unincorporated areas of South Sacramento have also reported a rise in crime.

A community meeting will be held Wednesday from 6:30 to 9 at the Hall of Honor at 5770 Freeport Blvd.

“It’s a way we thought the department folks could reach out to a part of the community that may not necessarily be reached otherwise,” a police spokesperson said.

Asian Americans first raised alarm bells about a sudden spike in crime in 2016. Numerous arrests were made, but the trend appears to be continuing. 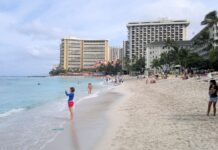 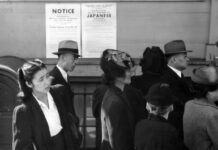