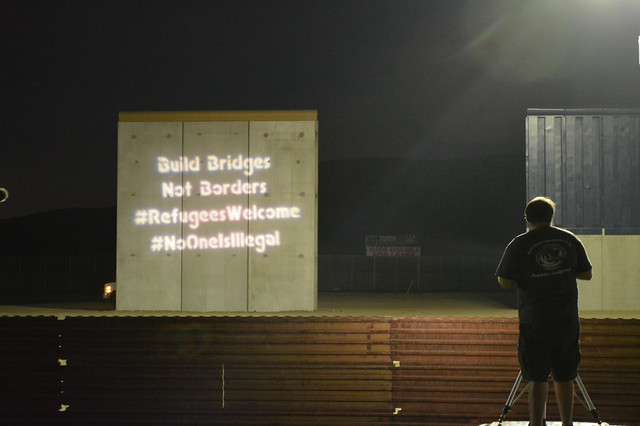 By Ed Diokno
Views From The Edge
As we expected, all along, Donald Trump’s expressed sympathy for the Dreamers was nothing but a ploy to find some way to pay for his border wall in his proposed budget. Trump has made it clear that any budget package will include funding for a border wall and immigration reform. In exchange Democrats might get legislation that would protect the Dreamers. Just this past Friday, he laid his cards on the table.

The Democrats have been told, and fully understand, that there can be no DACA without the desperately needed WALL at the Southern Border and an END to the horrible Chain Migration & ridiculous Lottery System of Immigration etc. We must protect our Country at all cost!

DACA recipients, who are immigrants brought to the U.S. as children by their undocumented parents, received protection from deportation under the law until the program was ended by Trump earlier this year. He told the GOP-dominated Congress to come up with legislation by March 2018 that would protect the so-called Dreamers from deportation.

About 13,000 of the almost 800,000 DACA recipients are from Asia, mostly from South Korea, the Philippines, India, and Pakistan.

Related: A Dreamer’s Story: What DACA Means to One Korean American Woman

DACA has been reduced to a bargaining chip to build a wall along the U.S. southern border with Mexico. Having failed to get Mexico to pay for the wall, Congress must find funding for what could be over $20 billion.

Democrats, led by Sen. Chuck Schumer and Rep. Nancy Pelosi, swore that no budget would be passed without legislation supporting the DACA recipients.

“After weeks of public pressure led by undocumented youth, a handful of Senators and Members of Congress pledged their support for a swift passage of the DREAM Act by the end of the year,” read a statement from Asian Americans Advancing Justice. “For those who were not moved by the hundreds of undocumented activists and their allies mobilizing around the country, you have turned your back to these communities and left them at risk of deportation.”

Trump’s list of demands for immigration reform includes limiting family-based green cards to spouses and the minor children of U.S. citizens and lawful permanent residents, and creating a point-based system.

The White House also said it wants to boost fees at border crossings, make it easier to deport gang members and unaccompanied children, and overhaul the asylum system. And it wants new measures to crack down on “sanctuary cities,” which don’t share information with federal immigration authorities, among other proposals.

Congress averted a government shutdown this month by passing an emergency funding measure to get the government through January, when negotiations will pick up as Congress returns to Washington. With Trump’s cards on the table, it’s the Democrats’ turn to call, fold, or raise the ante. Schumer and Pelosi will meet with White House Chief of Staff Wednesday, Jan. 3.

Members of the Congressional Asian Pacific American Caucus (CAPAC) “are committed to finding a permanent legislative fix to enshrine DACA protections immediately. Our caucus stands in solidarity with AAPI Dreamers and demands that Congress pass a clean Dream Act before the end of the year,” said Rep. Judy Chu, D-CA, CAPAC chair.