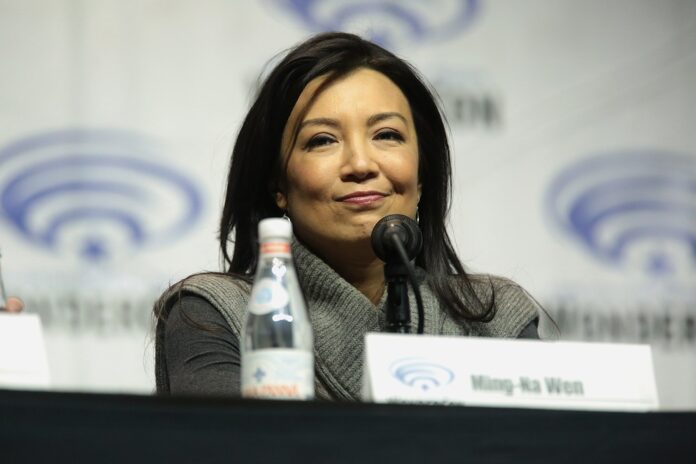 Ming-Na Wen, who voiced the lead role in the 1998 Disney animated version of Mulan, has spoken out about the remake’s controversy involving the Hong Kong protests.

Many have called for a boycott against the new Mulan after revelations arose that the film’s lead actress Liu Yifei reshared an image from a state-backed newspaper in China that supported the Hong Kong police. The Chinese government then began sharing and backing media that supported the film.

Wen spoke to Variety about the protests and the remake at the D23 Expo in Anaheim on Friday.

“We are living in a world right now where there’s so much change and confusion and lot of stress,” Wen said. “And I really, for me, I hope that there is good resolution and peace and people will find a way. I think always, ultimately, the truth and the goodness of people win out and history proves that time and time again. So, we’ll see.”

Wen told Variety that she is still excited to see the remake.

Yifei’s political beliefs are not the only reason many are reluctant to see the movie. Fans of the original animated version are skeptical of some the live-action movie’s creative choices. The movie will not include music from the original soundtrack, and it appears that Mushu, a fan-favorite character, will not be in the film.

An article in Bustle pointed out, however, that the point of the live-action version was not to create a “shot-by-shot remake” of the animated version. Wen herself told Entertainment Tonight that the movie’s different creative choices will make it stand out.

“I think the fact that they want to kind of mix it up a little bit and not make it a duplicate of the animation, which is so beloved, it will probably really help making it stand out,” she said.

Wen added that she felt having the score from the original movie would help capture the spirit of the original film.

“I think it’s having the score [from the animated movie] but not as much the words,” she said. “I think it should play out really well because it is a very serious folklore in the Chinese culture.”

Ultimately, Wen wants people to give the remake a chance.

“Disney did it right the first time and I think they’ll do it right again,” Wen told Variety.