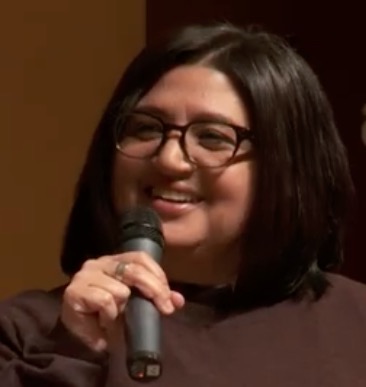 Nahnatchka Khan, director of Always Be My Maybe, has secured a multi-year first-look deal to direct feature films for Netflix, Deadline reports.

Always Be My Maybe was Khan’s feature film directorial debut. According to Netflix, the romantic comedy starring Ali Wong and Randall Park received 32 million streams within the first four weeks of its release.

“I had such an amazing experience working with Scott, Racheline and the entire team at Netflix — not only are they dedicated to making quality comedy, but also to supporting different voices and perspectives,” Khan said Wednesday in a statement. “Plus my dad just got Netflix so he could watch my movie and he’s expecting more content from me.”

Scott Stuber, Head of Netflix Film, said the streaming service is thrilled to be the home to more of Khan’s films.

“Nahnatchka is a whip smart, funny, talented filmmaker,” Stuber said. “She has an incredible eye for storytelling and bringing to light new talent and ideas.”

Khan is also known for her work as the creator and executive producer behind ABC’s Fresh Off The Boat. The sitcom starring Randall Park and Constance Wu began airing in 2015.

Later that year, East West Players honored the Iranian American with a Visionary Award, which is presented to individuals who have raised the visibility of the Asian Pacific American community through their craft, according to their website.

Fresh Off The Boat is currently shooting its sixth season. Khan’s other credits include Don’t Trust the B—- In Apartment 23, American Dad, Malcom in the Middle and Unfabulous.

More projects will likely be in store for Khan. According to Deadline, in addition to her Netflix deal, she has recently signed a four-year producing deal with Universal Television.