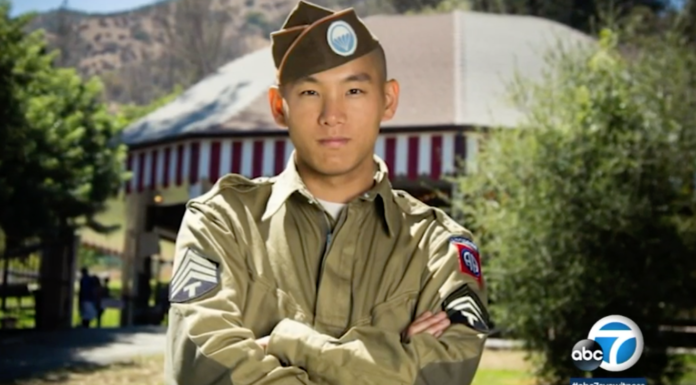 On Monday night, authorities arrested an armed man who was trying to pose as a member of the National Guard in downtown Los Angeles, ABC7 reports.

Members of the National Guard noticed Wong and notified Los Angeles police. He was arrested around 1:30 a.m. on Tuesday near the intersection of E. 1st Street and N. Main Street, FOX 11 reports.

Wong is facing felony charges for the manufacturing and distribution of assault weapons. According to FOX 11, officials say he was found with an AR-15 rifle, high-end tactical gear like night vision goggles, and a sidearm. National Guard members typically carry an M4 or M16, not AR-15 rifles. According to ABC7, the AR-15 Wong was carrying was a “ghost-gun,” which is a handmade weapon without a serial number.

Former reservist Jeremy Ma, who knows Wong through the airsoft community told FOX 11 that Wong had been posting on Facebook asking if anyone needed protection from looters. He said that Wong would not have been able to blend in with the National Guard.

“No one I know in the military would do anything so stupid, he kitted himself out as if he was ready to go to Afghanistan and kick in doors. I’m a former national guardsmen, the National Guard deploy with their uniforms, body armor, riot helmets, and one weapon, usually a sidearm or a long arm, he showed up with a sidearm and a long arm, his equipment that carried his body armor was the wrong color, he essentially had a lot of extra equipment,” Ma said.