Who is Tou Thao, the Hmong American charged in George Floyd’s death? 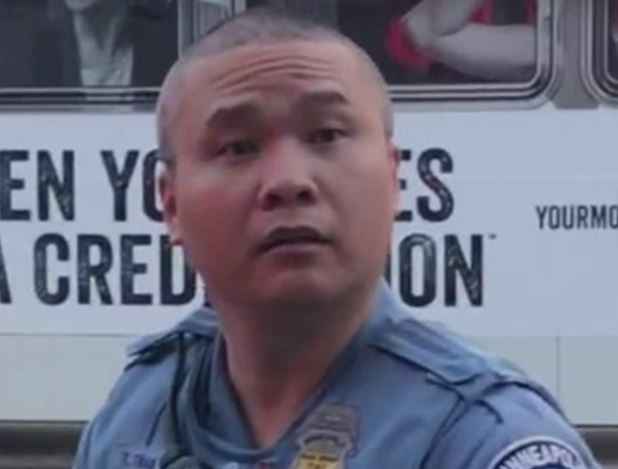 Fired Minneapolis police officer Tou Thao faces up to 40 years in prison if convicted of aiding and abetting second-degree murder.

Thao, 34, along with Kueng and Lane, was taken into custody Wednesday and is being held on $1 million bail, according to county jail documents.
Although Thao didn’t touch Floyd, he stood between onlookers and the other three officers who were restraining Floyd.

Tou Thao is a common name among the Hmong and has led to problems with other individuals with that name, including a supposed connection with Kellie Chauvin, the officer’s Hmong wife. As AsAmNews confirmed, Thao is not related to Kellie Chauvin, who is reportedly in the midst of divorcing Chauvin.

After Thao graduated in 2004 from Fridley High School in Fridley, Minnesota, he attended North Hennepin Community College in nearby Brooklyn Park, Minn. with the intention to earn an associate degree in law enforcement. However, he never graduated.

He was recalled in 2011 and hired in 2012 as a full-time officer.
At least six complaints were filed against him during his career with the Minneapolis police before the Floyd incident but didn’t receive any disciplinary action, according to Communities United Against Police Brutality.

The most serious complaint against Thao occurred in Oct., 2014, when he and another police officer arrested Lamar Ferguson. Thao allegedly physically assaulted the arrestee and took him to the hospital before putting him to jail.

In 2017, both officers were sued by Ferguson for excessive use of force and the case was closed in 2018 with the Minneapolis Police Department settling with Ferguson for $25,000. Ferguson recently talked about his experience with Thao which you can read here.

Defending him in the Floyd case, is Attorney Robert Paule, reportedly one of the top-rated criminal defense lawyers  in Minneapolis with more than three decades of experience in general practice.

Thao listed that he can speak Hmong. Minnesota has a large Hmong population, mostly concentrated in the Twin Cities area. The Hmong community in Minnesota is one of two large concentrations of Hmong in the U.S., the other being around the Fresno area in California. According to 2010 census data, some 64,000 Hmong live in Minneapolis-St. Paul.

Hmong came to the US as refugees after the Vietnam War because they were part of the CIA’s “secret army” in Laos, Vietnam and China who were enlisted to fight the Vietnamese from North and South Vietnam seeking to overthrow the South Vietnamese government.

Thao’s involvement in Floyd’s death has caused Asian Americans across the country and the Black community to re-examine biases and tensions between the communities.

Much of the Asian America seems to be experiencing a public reckoning, with social media discussions over not just anti-blackness sentiment, but also about solidarity with communities of color.

The perceived tension goes back to the 1970s, when the Hmong arrived as refugees and were “plopped into the most affordable parts of town,” says Bo Thao-Urabe, a Hmong refugee and head of the Coalition of Asian American Leaders in St. Paul. She has no known relation to former officer Thao.

“So we live in proximity to Black and Brown people,” she says because the Hmong were seen as rivals by the Blacks as the two groups battled over the same crumbs.

People who tend to defend Thao believe that the former officer shouldn’t be judged as a “White” cop with assumed privilege.

Hmong Americans rank lowest among Southeast Asian American ethnic groups “across multiple measures of income,” with 60% of them low income and more than 1 of 4 living in poverty, according to a recent study from the group Asian Americans Advancing Justice.

“People have this preconceived notion that if you are Asian American, you must be educated. You must make a lot of money — and that is not the experience of this community,” says Thao-Urabe.