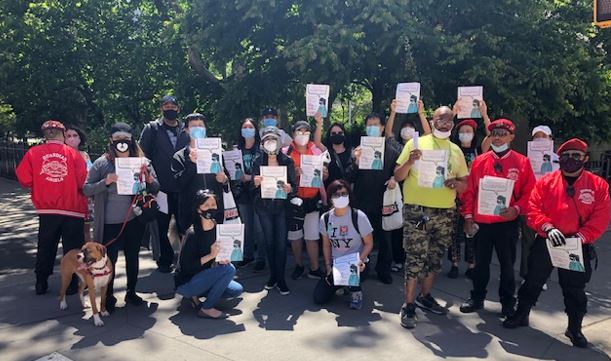 In response to rising anti-Asian racism, three New Yorkers, Shirley Ng, Judy Ng and Barbara Yau, came together to establish the Concerned Asian American Citizens of New York(CAACNYC). First conceived in April 2020, the group had their inaugural event on May 31. Approximately thirty New Yorkers, together with Curtis Sliwa and nine other members of the Guardian Angels, a volunteer-based crime prevention organization, gathered in Chinatown Manhattan. The volunteers came from all parts of the city although the majority were from the Chinatown neighborhood.

“We  distributed anti-hate ‘Don’t Be Cruel’ posters to over two hundred businesses, and we ended with a peace march and chanted ‘stop the hate’ and ‘stop the violence,” said Yau. The posters, which are available in English, Traditional Chinese and Spanish, are “meant to deter crime and provide resources for Asian American victims of hate crimes”, says Yau, a New York City-based speech pathologist who was motivated by the lack of attention paid to anti-Asian hate crimes. 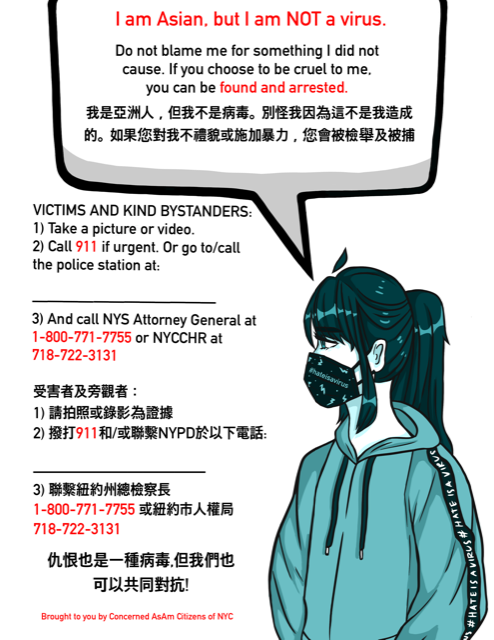 CAACNYC is actively seeking volunteers, particularly people based in Brooklyn and Queens. The group is also seeking volunteers to help translate the anti-hate posters to other languages, such as Korean. Interested individuals can contact the group by email: caacnyc@gmail.com. Information about the group can also be found on their Facebook page: The #HateIsAVirus To Do List. 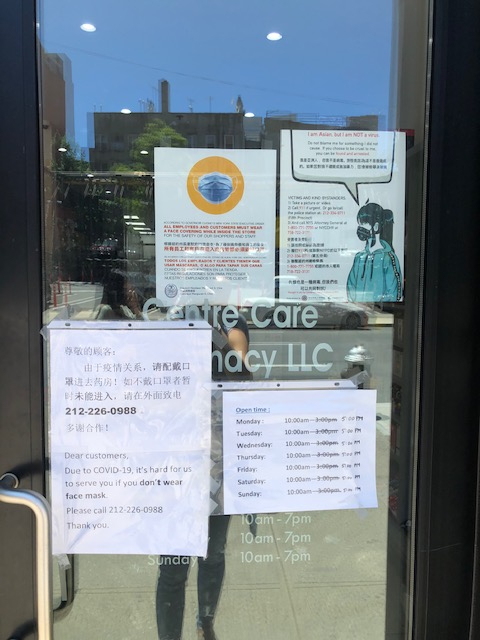