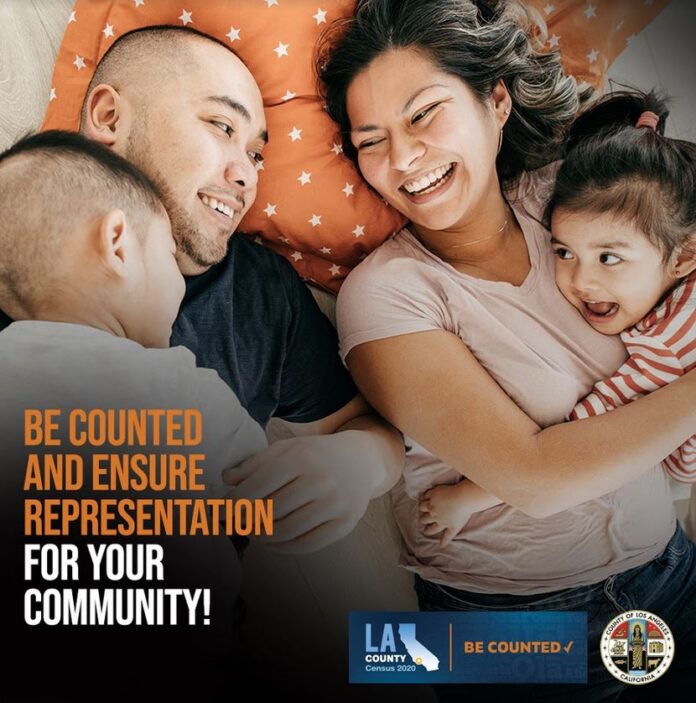 One out of three Asian Americans in Los Angeles County have yet to fill out the census. Communities of color have traditionally been under-counted. This is why the Los Angeles (LA) County is pushing those who reside in the region to complete this years Census. Asians, Black and Hispanic communities were singled out as having one of the lowest rates in the County. LA County Supervisor Mark Ridley-Thomas emphasized why participation needs to be pushed and what opportunities are afforded with solid census data:

“When our communities participate in the census, we give ourselves the opportunity to get more funding for programs to help our families and communities,” said LA County Supervisor Mark Ridley-Thomas.

Lifting these response rates was a major priority. Looking at these estimated figure, it may appear that the Asian estimated household response rate isn’t too bad, but this figure is “as a whole”, and when focused down to LA County areas which are heavily Asian populated, these areas were flagged by the LA Census 2020 as “high need neighborhoods”. Some of these “high need neighborhoods” include Koreatown (47%), Westwood (42.4%), Cambodia Town (52.4%) and Alhambra (67.6%).

“As “Asian” communities are diverse in terms of its make up as opposed to the other dominant communities of color groups, we were able to do a breakdown of the estimated household response rate for the dominant Asian communities in LA County – Chinese, Vietnamese, Filipino (Tagalog), Japanese, Korean, Cambodian and Thai,” said Jason Tajima – Principal Analyst for the LA County Chief Executive Office

These rates are an estimate based on the average percentage of households responding as of 10th of June in census tracts with 50%+ Asian population.

Here are some of the findings for the Asian communities which were below the California estimated household response rate.

Looking at these rates, there is a clear distinction between the response rates of the dominant Asian communities in LA County. Tajima continued stating that a number of factors impact on this. Immigration status (undocumented and/or on certain visas) impacted on the differing rates within the Asian communities.

“It is often difficult to count those who are undocumented and/or those who are on visas because there is still a fear to respond to the Census,” said Tajima.

But this issue also impacts on the Hispanic community as well as the Black community to an extent (those coming from African and Caribbean countries etc). Other reasons for the low response rate among LA County’s communities of color include – lack of broadband internet access (which is even more important now in the current climate), households living in multi-unit buildings, more renters, more crowded households, more non-high school graduates, and more limited English speakers.

Due to the low response rate during the last Census, LA County has lost millions of dollars in funding for its communities – this is why the LA County is doing an even bigger push this time round. Currently, there still is as many as 1.7 million households in LA County which are yet to be counted, and the county is urging the Asian community in LA to complete the census. Due to COVID-19 Pandemic, Census 2020 are unable to go door to door so it is encouraged that those who have not completed it yet can go online to do it. I have already done it and it took me less than 10 minutes to complete – this is the link. Alternatively, you can also complete the census by phone, so please encourage your family, friends, colleagues, acquaintances and community members to complete the Census 2020 if they haven’t done so.

Here are some of the relevant numbers if responding to the Census 2020 by phone:

Remember – data collected by the census is confidential, with the information only used for statistical purposes to determine funding, congressional representation and essential services.

Let’s ensure our community is counted!