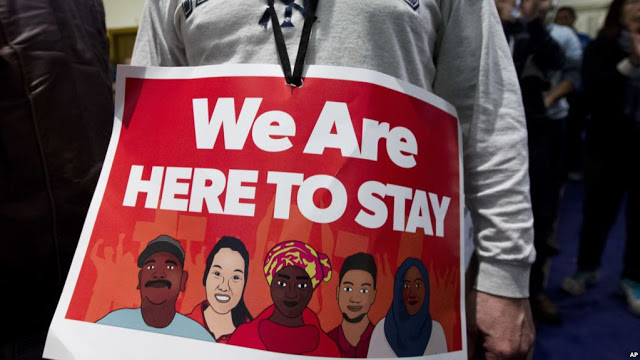 The Deferred Action for Childhood Arrivals program will not be terminated, keeping at least 16,000 Asian Americans safe to continue their lives in America for now. The U.S. Supreme Court ruled the termination of DACA as “arbitrary and capricious” in a 5-4 decision today.

DACA was created by the Obama Administration in 2012. Since then, the program granted status to more than 800,000 dreamers who now have the opportunity to go to school, work, and create a life in America without being deported for being an undocumented immigrant.

There are currently more than 120,000 Asian American and Pacific Islanders eligible for deferred action under DACA, according to the Japanese American Citizens League.

President and CEO of The Leadership Conference on Civil and Human Rights Vanita Gupta says, “We fully support the diverse group of nearly 700,000 young immigrants… we are proud of their many contributions to make this country a better place” in a statement issued after the Supreme Court’s decision.

The AAPIs who have been granted status serve in healthcare and are essential workers who work on the frontlines during the COVID-19 pandemic. AAPIs also make up some of the prominent voices in protests, marches, and awareness campaigns that follow the murder of George Floyd.

Although the Trump Administration failed to terminate the deferred action program, this does not mean DACA stands permanent. The decision to not terminate the program was made because the Administration did not justify the termination enough which gives them the opportunity to strengthen their explanation.

This is one victory for minority groups in America during Donald Trump’s presidency. However, AAPIs and other communities are persistent in their call for more justice.

The Asian Americans Advancing Justice affiliation is one of the communities who is now asking that Congress defunds ICE to prevent further deportation and stop the fear of immigrants feeling targeted.

Artwork that promotes defunding ICE is now viral and being spread across social media.

In a written statement, JACL says, “DACA is not the end at all… We celebrate this victory and continue to fight for the passing of a clean Dream Act and more just immigration policies.”