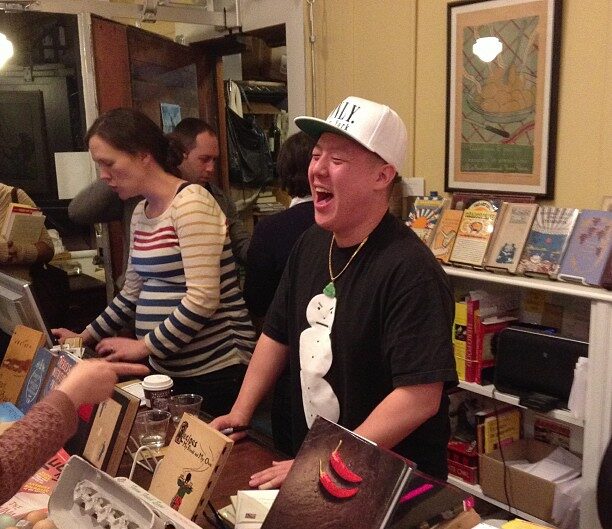 HBO Max will air the pilot of Eddie Huang’s new cartoon “Chinos,” an animated series that explores Asian American subcultures in Los Angeles. Huang, a chef and author of Fresh Off The Boat, told Deadline that “Chinos” will “shatter the model minority myth.”

The hit ABC television series “Fresh Off the Boat” was inspired by Huang’s autobiography Fresh Off the Boat: A Memoir. The finale aired in February and was the longest-running Asian American based sitcom.

After HBO Max won an auction, the company committed to a put pilot deal with Huang, Raf Martinez, Dr. Woo, and Bernard Chang. All four will serve as executive producers for Chinos.

Martinez and Huang are also partners for their banner called Color Correct. Martinez told Deadline the banner was founded to “identify and nurture the next generation of diverse storytellers, foster their ideas, and lead the charge from the margins to the mainstream.”

Huang hopes the new series will guide the next generation of Asian Americans to not feel “beholden to the expectations of others,” reports Deadline. He said even his mother approves of the deal with HBO Max.

He announced the deal on an Instagram post and said, “Let’s get it… Shouts to Billy Wee and fam @hbomax for believing in our community.”