Both the GOP and Democrats wooing Indian American electorate 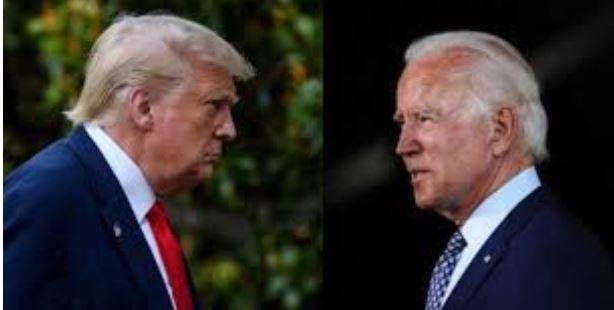 It appears the Republicans are targeting the Indian American community as the ethnic group most likely to switch their traditional political preference for Democrats to Donald Trump.

Claims by supporters of the two candidates — the Democrats Joe Biden and the GOP’s Trump — contradict each as they argue for their candidate.

Representing less than 1% of the voters in the US, Indian Americans are most likely to be Democrats of any Asian-origin group, with 50% supporting the party and just 18 per cent identifying as Republicans, nonpartisan think tank Pew Research Center has said in a study.

Trump”s campaign disagrees, believing this major ethnic community is now moving away from the Democrats.

Asian Americans are the fastest-growing segment of eligible voters of the major racial and ethnic groups in the United States, according to a recent survey by the nonpartisan Pew Research Center.

“In our experience, surveys do not reflect ground realities. In President Trump, Indian Americans have the best friend ever inside the White House. It is a myth that Indian Americans vote for Democrats,” said Al Mason, co-Chair of Trump Victory Indian American Finance Committee.

Trump attended a huge rally in Texas featuring Indian Prime Minister Narandra Modi where the latter received a more enthusiastic response than Trump. A state visit to India earlier this year was great for photo opportunities for both leaders but without major announcements on trade or security.

“This has pleased the Indian American community a lot. Indian Americans love Trump. Mark my words, they are moving away from the Democrats to Trump,” Mason said.

In a statement, Americans4Hindus,  a non-partisan independent political action committee, said that 30,000 people watched a virtual rally for Trump live on multiple social media platforms and groups and another over 70,000 watched it in the next few hours online.

During the online event, American4Hindus announced its endorsement for Trump.
On the other hand, Ajay Bhutoria, National Finance Committee member of the Joe Biden for President campaign, said the former vice-president would be the best choice for Indian Americans.

“Indian Americans strongly support Biden to bring a respected leadership on the world stage and reinvigorate our own democracy and strengthen the coalition of democracies around the world including relations with the largest democracy — India,” said Bhutoria, who is also a member in American Association of Physicians of Indian Origin Leadership Council for Biden.

Republicans will have a tough task convincing Indian Americans to vote for Trump, whose immigration policies alone, affect Indian American immigrants with restrictions on worker visas and deemphasizing family reunification. Of all the different Asian American ethnic groups, Indian Americans is the group most likely to vote Democratic, say several polls.

To Modi’s critics, the Citizenship Amendment Act (CAA) — which fast-tracks applications for immigrants, including Hindus, Sikhs, Buddhists, Jains, Parsis and Christians who arrived in India before 2015 — has heightened a Hindu nationalist agenda aimed at marginalizing Indian Muslims. Opponents in India and in the US say it is part of an effort to rip apart India’s secular identity and in a roundabout way, attacks the Indian American Democratic politicians, including California’s Sen. Kamala Harris, potentially Joe Biden’s vice president pick, and outspoken progressive Rep. Pramila Jayapal and Biden supporter Rep. Ro Khanna.

Although Indian American voters are a small percentage nationally, in key swing districts, their votes could determine the outcome.

“The Indian American vote, the AAPI (Asian-American and Pacific Islanders) vote more broadly, can be an absolute difference-maker (in the 2020 presidential elections),” Perez said at a virtual event “An Electorate Coming of Age: Indian Americans for Biden”, jointly hosted by the South Asians for Biden along with AAPI Victory Fund and Indian-American Impact Fund.

“The Indian American votes alone can be the difference in moving forward,” Perez said.