Korean General who saved 200 U.S. soldiers honored with naming of U.S. military base 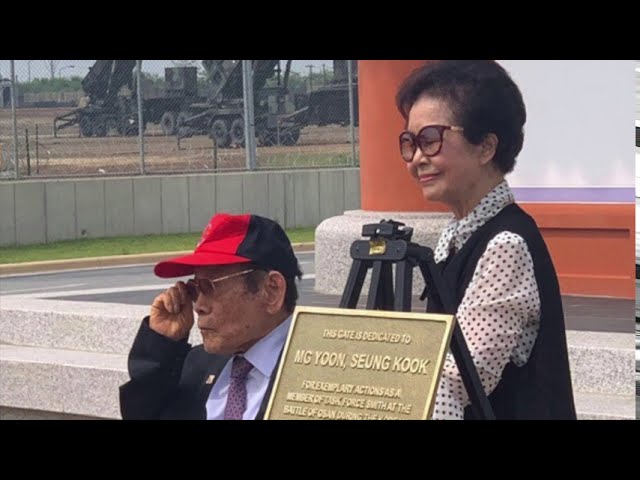 Yoon Seung Kook was only 25 years old when he saved the lives of 200 US soldiers.

Now he is a 95-year old retired Major General who is revered for his sacrifice in the Korean War.

On June 25, 1950, North Korea invaded South Korea to unite the peninsula under its communist regime.

In retaliation, the United Nations voted to dispatch forces to South Korea.

Eventually, ‘Task Force’ Smith’ was assembled with majority of US soldiers.

Yoon was the only Korean soldier assigned to this task force.

Deployed as a liaison officer to the US troops, Yoon Seung Kook led the US army in the Battle of Osan.

According to Korea Biz Wire, the Battle of Osan, marked the USA’s first ground battle against North Korean troops.

Although, the US troops were outnumbered by 5,000 North Korean soldiers charging into their camps, Task Force Smith successfully delayed North Korea’s advance in the peninsula.

At the center of their achievements was General Yoon.

General Yoon managed to save more than 200 American soldiers by leading them to a safe retreat path.

AsAmNews captured an exclusive interview with General Yoon, to hear how this war hero remembers the Korean War.