HomeAsian AmericansIndiana University apologizes for the ban of entry of Japanese American students... 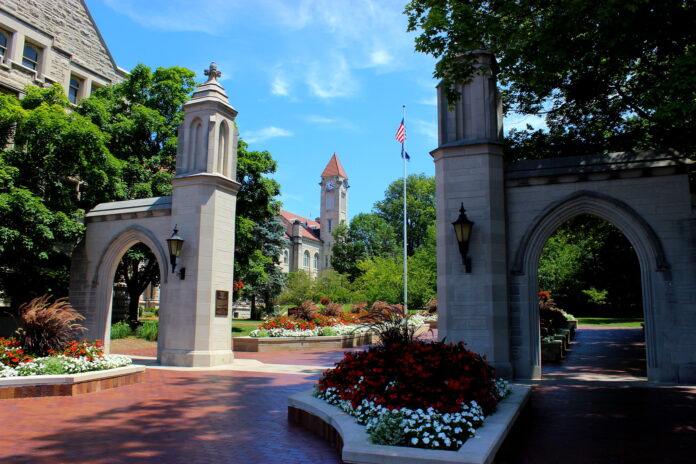 President of Indiana University Michael A. McRobbie issued a letter to the IU community admitting to and apologizing for the discriminatory ban of entry of Japanese American students during World War II from 1942-1945.

This ban coincided with President Franklin Roosevelt’s Executive Order 9066, which allowed the U.S. government to incarcerate Japanese Americans after the Pearl Harbor attack. The attack, coupled with the U.S.’s entry into World War II lead to anti-Japanese discrimination within America.

On Feb. 19, 1942, Roosevelt ordered the establishment of Japanese internment camps, which is one of the greatest civil rights violations towards the AAPI community in America’s history. Today, the date serves as a day of remembrance for Japanese Americans and the internment camps they or those in their bloodline endured.

After people of Japanese descent were targeted and incarcerated in internment camps, Japanese American students were also kept from attending American universities, including Indiana University.

“On behalf of Indiana University, I greatly regret that Indiana University failed to recognize the needs of 12 Japanese American students who were seeking a new academic home during a time when they were unjustly excluded and removed from their home institutions, in violation of their civil rights,” President McRobbie said in the apology.

On Feb. 19, IU alumnus and member of the Japanese American Citizens League (JACL) Eric Langowski and IU Associate Professor Ellen Wu delivered a petition to the Board of Trustees, the provost, and the president. The petition urged the university to acknowledge and apologize for the unjust ban during wartime.

According to Indiana University, Lanowski worked with IU Historian James Capshew to research and uncover the university’s actions during World War II. The research is in part of the university’s project called Bridging the Visibility Gap. This project unveils IU history to improve inclusivity for marginalized groups such as women and underrepresented minorities.

To recognize the university’s past discrimination and take action, McRobbie said he will:

The Japanese American Citizens League (JACL), the oldest and largest Asian American civil rights organization in America, has continually supported the efforts of those demanding apologies for the discrimination Japanese Americans endured at university. In 2019, the organization’s National Council approved a resolution to seek admittance and apologies from Midwest schools regarding the same wartime issues and anti-Japanese discrimination. According to JACL, the history of Japanese American students has been acknowledged on the West Coast, but they hope more Midwest universities do the same.

JACL,, released a statement in solidarity with Indiana University’s apology.

“We applaud Indiana University for its acknowledgement of past actions and look forward to the fulfillment of their promised remediation. We also hope that other Midwestern Universities will follow their suit,” JACL said in the statement.