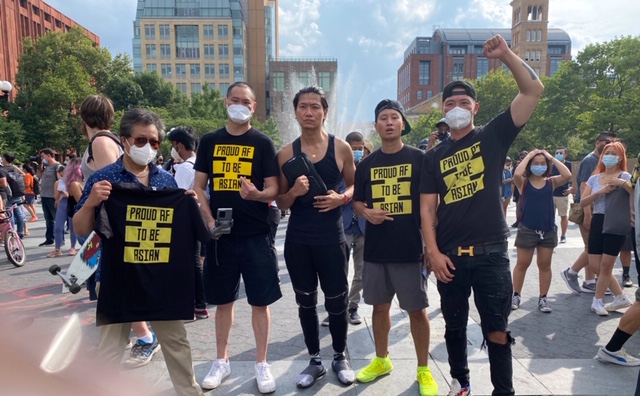 Some 250 marched through New York Chinatown to in a march against hate.

It started this afternoon in Washington Square Park in Manhattan, wound its way through the streets of Chinatown and finally at the 7th Police Precinct on Pitt Street.

It was the second rally in several weeks organized by China Mac in response to the July 14 attack on an 89-year old grandmother. Two men slapped her and set her on fire, before she snuffed out the flames by rubbing her back against the wall.

Rapper China Mac told the crowd if the same thing happens to him when he’s 89, he hopes others will be there for him.

The rapper met with her earlier this week at Homecrest Community Services in Brooklyn earlier this week. Now 90, she told China Mac she would have marched with him if she were in better shape.

Mac also spoke in a one on one interview with AsAmNews’ Lillian Bit about his meeting with the grandmother and his desire to “fight for what’s right and his people.”