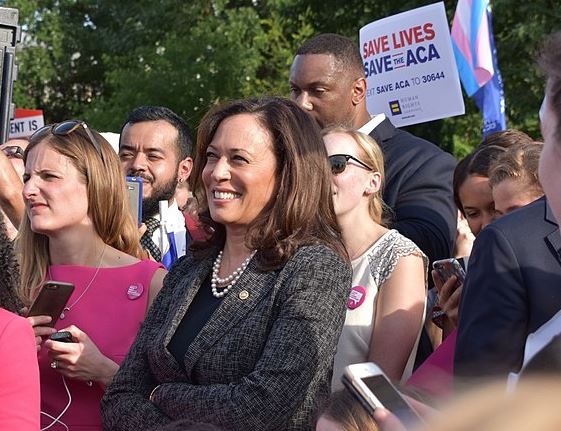 Newsweek is standing by its decision to publish an op-ed doubting Sen. Kamala Harris’ (D-CA) ability to run for vice president, a controversial move that has been compared to racist Obama birther theories.

“The op-ed was never intended to spark or to take part in the racist lie of Birtherism, the conspiracy theory aimed at delegitimizing Barack Obama, but we should have recognized the potential, even probability, that that could happen,” opinion editor Josh Hammer and global editor-in-chief Nancy Cooper stated in an editor’s note. “We entirely failed to anticipate the ways in which the essay would be interpreted, distorted and weaponized.”

The staff at Newsweek are “horrified,” the editors stated, with many publicly speaking out against the decision.

Many readers demanded the news site retract the op-ed. However, the editors continued they concluded to leave the op-ed still published, citing transparency.

“So before we so cavalierly accept Senator Harris’ eligibility for the office of vice president, we should ask her a few questions about the status of her parents at the time of her birth,” the Newsweek op-ed by John Eastman, a law professor at Chapman University, stated.

Eastman made an argument that because neither Harris’ Indian American mother and Jamaican American father were naturalized during her birth year, she was ineligible to run for vice president. A Forbes article refuted this, citing the 14th amendment that Harris, in fact, is a natural born citizen.

Forbes also noted that both Harris and Eastman ran for California attorney general in 2010, resulting in a win for Harris. Eastman ran as a Republican and lost in the primary to Steve Cooley.

However, some conservatives have nevertheless capitalized on the racist rhetoric, with the op-ed being shared on conspiracy sites. President Donald Trump defended Eastman, stating “the lawyer that wrote that piece is a very highly qualified, talented lawyer,” according to The Hill. Trump added that he had “no idea” if Eastman’s claims were correct.

Adam Serwer wrote in The Atlantic that Trump and the Republican Party contributed to Obama-era birtherism, with Mitt Romney utilizing similar rhetoric in his 2012 election.

“Now I love being home, in this place where Ann and I were raised, where both of us were born,” Romney said in a Michigan campaign rally. “No one’s ever asked to see my birth certificate; they know that this is the place that we were born and raised.”

The virtue of this joke, Serwer wrote, is that Romney was never questioned about his birthplace because he was White.

“You could call birtherism a conspiracy theory, sure,” Serwer wrote. “But in 2020, looking at the Trump administration’s efforts to diminish the power of minority voters, imprison child migrants, ban Muslim travelers from entering the country, and criminalize his political opposition, it could be more accurately described as the governing ideology of the United States.”

As the first Black and Asian American female vice presidential candidate and daughter of immigrants, Harris is already subject to the same racist birther attacks as she enters the general 2020 election cycle.