Arrests made in burning of Grandma in Brooklyn 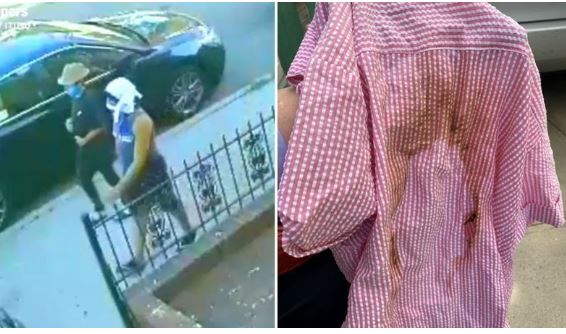 AsAmNews has confirmed arrests have been made after two strangers set an 89-year old Asian grandma on fire in Brooklyn on July 14.

The NYPD tells AsAmNews authorities arrested a 13-year old boy today on charges of assault in the third degree.

They also confirmed police arrested a second 13-year old suspect on Friday on the same charges.

A spokeswoman told AsAmNews both charges are misdemeanors. Neither suspect is facing a hate crime charge.

A spokeswoman tells us no other information is available at this time including where the boys were arrested, how they were apprehended or if a reward would be awarded in this case.

The case has both outraged and galvanized the Asian American community. Several rallies have been held demanding justice in this case and asking that hate crime charges be filed.

Rapper China Mac organized a Go Fund Me drive on behalf of the victim. The entertainer turned activists raised thousands of dollars for the grandma who declined to accept the money. China Mac says all money raised was returned to donors.

She was treated and released after the incident. She said she snuffed out the fire by pressing her back against a way and raising up her hair to protect it from being singed. She says the boys first slapped her and then set her shirt on fire.