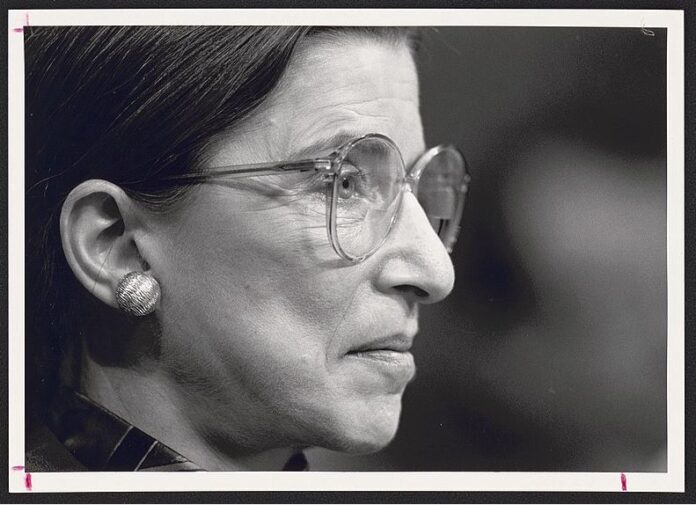 The late Supreme Court Justice Ruth Bader Ginsburg may not have had a direction connection to the Asian American community, but her passing touched many AAPIs nonethless.

“Advancing Justice – AAJC mourns the passing of Supreme Court Justice Ruth Bader Ginsburg,” said John Yang, Executive Director of the Washington DC-based civil rights group said. “She was a pioneering champion for gender equality and a tireless protector of civil and human rights for all people in this country. Her voice will be sorely missed.”

The Progressive Vietnamese American Organization also issued a statement to mourn her passing.

The nation gathered in candlelight processions to honor her memory-from the Castro District in San Francisco to the steps of the Supreme Court in Washington, D.C.

Behind the mourning, a backdrop of heavy handed politics emerged. President Trump quickly announced he would push forward a nomination to replace Ginsburg just six weeks before the presidential election.

RELATED: RBG AND ME: THE IMPLICATIONS FOR WOMEN OF COLOR

It was a not a surprising, but a bold move nonetheless, given that in 2016, the Republicans refused to even hold committee hearings on President Obama’s nomination to the Supreme Court, Merrick Garland, nine months before the presidential election.

Senator Majority Leader Mitch O’Connell (R-KY) argued that the American people should decide who will be given the opportunity to nominate the next Supreme Court Justice. GOP Judiciary Committee chair Lindsey Graham (R-SC) fiercely backed that position.

Today both are taking on a different tone, a fact not forgotten by many including Vanita Gupta of the The Leadership Conference on Civil and Human Rights.

Pressure is already mounting on moderates in the Republican majority to follow Graham’s words.

“Given that people are already voting, and Election Day is less than 45 days away, ‘we the people’ should choose the president who will choose Justice Ginsburg’s replacement,” said Yang. “Anything else is undemocratic.  This election already was critically important in determining the future of our country.  Tonight, it became even more important.”

Senator Harris says the nomination will set up a fierce fight for the future of America.

Issues likely to reach the Supreme Court in the near future include the use of affirmative action in employment and higher education, the legality of the Affordable Care Act which Trump has vowed to throw out and the future of the Deferred Action for Childhood Arrivals or DACA.