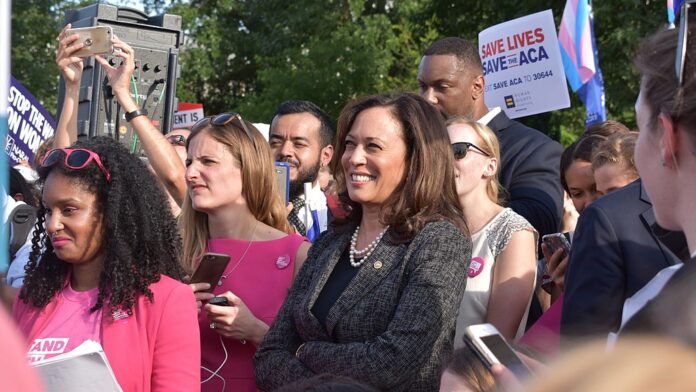 A new analysis shows that the rate of “Birtherism” lies about vice-presidential candidate Sen. Kamala Harris (D-CA) on the internet has surpassed that of President Barack Obama, The New York Times reports.

Media insights company Zignal Labs reported that in the week the Biden presidential campaign announced Harris as its vice-presidential pick, mentions of falsehood about her place of birth spiked to 103,400.

Obama was born in Honolulu, Hawaii. Harris was born in Oakland, California. But many have falsely claimed neither were born in the United States.

The company compared this to the week in 2017 in which President Trump renewed questions about the former president’s birthplace. At the time, the company reports, mentions of Obama’s birthplace rose to 98,100.

On top of this data, birtherism lies about Harris’ place of origin has become the fifth-highest misinformation topic since January, the company reports. Other topics including voting by mail, vaccines and more.

The surge in the racist misinformation online is a lot to worry about, Vox reports. Misinformation about Harris is nothing new, as doubts about her eligibility to run for president has circulated since 2017, and been amplified by public figures such as Trump.

“It’s much like birtherism with Obama, and Trump asking for his long-form birth certificate back in 2008,” Jacquelyn Mason, a senior investigative researcher at First Draft, a nonprofit that fights online misinformation, told Vox. “By saying Kamala is not an American Black person, they’re essentially saying that she has no claim to be president, and then also negating her African American heritage by saying that she’s not African American.”

Fortunately, there are ways to guard feeds against being exposed to racist misinformation and conspiracy theories in regard to the 2020 presidential election.

The job is on the individual internet user to exercise educated judgment, experts say. This need is particularly compounded as social media companies seem to take action only when a misinformation has been widely circulated.

“I wouldn’t rely too much on social media companies to do this hard work for us,” misinformation scholar Sam Rhodes told Vox’s Recode. “Not only are they not up to the task, they don’t really seem that interested in it.”