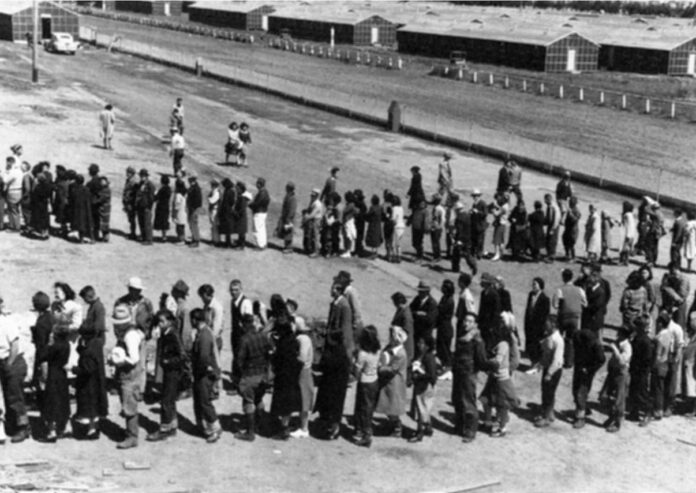 Chizu Iiyama, a Bay Area civil rights activist who was detained in a Japanese internment camp during World War II, has passed away at the age of 98, The San Francisco Chronicle reports.

Iiyama died of natural causes on Aug. 26 at Kaiser Permanente Hospital in Richmond, Contra Costa County, according to Rafu Shimpo.

Born in San Francisco, Iiyama was the fifth of seven children. Her father managed a Chinatown boarding house for Japanese and Black workers.

Iiyama and her family were among the 120,000 Japanese Americans incarcerated during World War II. They were held first at Santa Anita [Racetrack] Assembly Center in 1942.

Iiyama had been in the middle of finishing up her undergraduate psychology degree work at the University of California, Berkeley. She was unable to attend the graduation ceremony and received her diploma at the racetrack, according to The San Francisco Chronicle.

Eventually, Iiyama and her family were moved to the camp in Topaz, Utah, where she met her husband of 67 years, Ernie, according to Rafu Shimpo.

In 1948, Iiyama and her husband moved to Chicago. She became assistant director for the Chicago Resettlers Committee, which helped Japanese Americans internees find jobs and housing in the area.

Iiyama dedicated much of her life to civil rights causes. The list of her civil rights contributions is long. She participated in “wade-ins” to desegregate Lake Michigan beaches in Chicago, Rafu Shimpo reports. When she and her husband moved back to the Bay Area in 1955, they participated in protests to desegregate lunch counters and workspaces. In 1970, she served as chair of El Cerrito’s Human Rights Commission.

Iiyama was also an active member of the Japanese American Citizens League (JACL), according to Rafu Shimpo. In 1983, she founded the national JACL Women’s Concerns Committee with her good friend Mei Nakano. She and Nakano also sponsored a JACL resolution to support marriage equality for same-sex couples in 1994.

She is survived by her daughters Patti, her daughter Laura, her husband Jerry Freiwirth and the rest of the Kitano family.