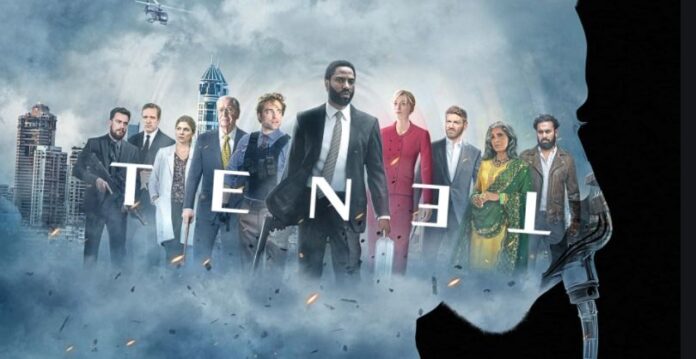 If you are into an action packed thriller, Christopher Nolan’s Tenet is something you can’t afford to miss. It stars John David Washington as the main character – an unnamed “Protagonist”, who is a CIA agent and it features two South Asian actors – Bollywood legend Dimple Kapadia who plays an arms dealer “Priya” and British Asian actor Himesh Patel who plays “Mahir”.

One thing I will say about Kapadia and Patel’s characters is that they are really bad ass, and changes the narratives on the negative stereotypes about South Asians – that they are taxi drivers, convenience store owners or terrorists. It has taken quite awhile, but finally we see more authentic South Asian stories being told in Hollywood/Western entertainment industry and we see more South Asian actors playing very diverse characters which out flank the tired, old stereotypes.

“One thing I loved about my character “Priya”, was that she is not the typical Indian caricature which most people are used to seeing in Hollywood and the West,” Kapadia told AsAmNews. “Priya” is a risk taker and a go getter and is a leader in her own right. I think it is important to have more South Asian actors playing roles which move beyond the side to side head moving, or having to put on an exaggerated accent to get any attention.”

In addition to Kapadia’s presence in Tenet, British Asian (Indian) actor Himesh Patel, can be seen riding and jumping from speed boats and doing awesome action stunts on planes. Patel’s character exudes vibes of risk and someone who is not to be messed with.

It is different from the stereotypes of South Asians that Hollywood/Western media has created over decades and his character is changing the narrative that Asian men are awkward, asexual and just some goofy sidekick. During our interview Patel reflected on his own acting journey and mentioned that he plans to use his platform and his career to change this narrative and he wants to play roles and tell stories which are authentic and represents Asian men and more specifically Asians as a whole in a different light.

“I think we are making some healthy strides towards better representation in Hollywood and in Western media, but we can’t just stop here. We need to see these strides as a start to tell more authentic stories, create more content from diverse backgrounds and tell stories which stay true to our racial and gender identity.”

Kapadia also reflected on her own journey and career from Bollywood to now Hollywood/Western film industry. For those who are familiar with Bollywood films, Kapadia is a big name and she has been acting for decades and basically started in the industry when she was just a teenager. During our interview, she reflected on her own career and spoke proudly about how Bollywood has evolved and how it equipped her to have the confidence to expand her acting horizons into Hollywood.

“One skill I learned from my lifetime in Bollywood is the importance of discipline, and this is something I was able to bring over and adapt with during the filming of Tenet. Being involved in a film project means we need to work with deadlines and as actors how disciplined we are makes or breaks the film project timelines. More importantly, Bollywood has allowed the world to see that South Asians are more than just the one dimensional stereotype and has inspired many South Asians in the diaspora to create and perform in roles now which breaks down what audiences in the West have been conditioned to view us as.”

Tenet is out in the theaters now, and if you miss getting out there COVID-safe style, this is definitely a film to watch.