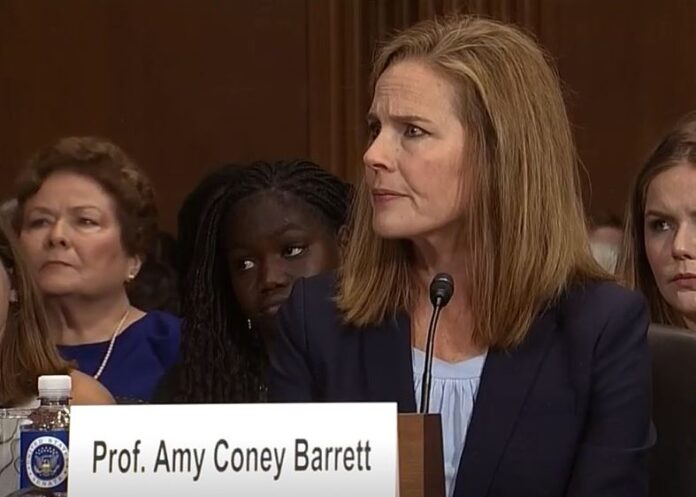 Asian American Pacific Islander groups warned if the Senate confirms the nomination of Amy Coney Barrett to the US Supreme Court, hard fought rights could be jeopardized.

The group cited Barrett’s support for rules which would deny immigrants permanent residence in the U.S. simply because they had applied for public benefits.

AAJC also says she consistently rules against immigrants seeking relief from deportation and opposes the Affordable Care Act, which 2 million Asian Americans and Pacific Islanders rely on for health coverage.

“At a time when the rights and dignity of immigrant communities and communities of color face daily assaults, we need a Supreme Court justice who will protect the rights that we have fought for,” the National Asian Pacific American Women’s Forum said in a statement to AsAmNews.

“Amy Coney Barrett is not that justice. Her track record shows us who she is and how she will rule from a seat on the Supreme Court. She is opposed to health care access, including abortion, and through her support of sex-selective abortion bans, demonstrated that she supports the racial profiling of Asian American and Pacific Islander women based on nothing more than disproven stereotypes about our communities,” the group said.

Republicans have been criticized for rushing a nomination through just five weeks before an election when they refused to even hold hearings on an Obama nominee 10 months before the 2016 election.

“This is nothing less than an all-out assault on our democracy – and our civil and human rights are hanging in the balance,” said Vanita Gupta, President of The Leadership Conference on Civil and Human Rights Justice. “Senators must allow the people to decide who should select and confirm the next justice. No consideration until after inauguration.”

Republicans, however, are determined to move forward and not wait for voters to decide who they would like to lead this country in the next four years.

“Judge Barrett’s stellar career and character shows she is someone who recognizes the proper role of a Supreme Court justice is to interpret the Constitution as written, not to legislate from the bench,” the Republican National Committee said in a statement. “President Trump has done his constitutional duty by naming a nominee.”

UC Berkeley law professor John Yoo, who drafted the legal memo supporting the torture of detainees during the War on Terror, is also throwing his support to Barrett.

“Amy Coney Barrett should win the support of anyone who wants judges of intelligence, experience, and character,” he said.