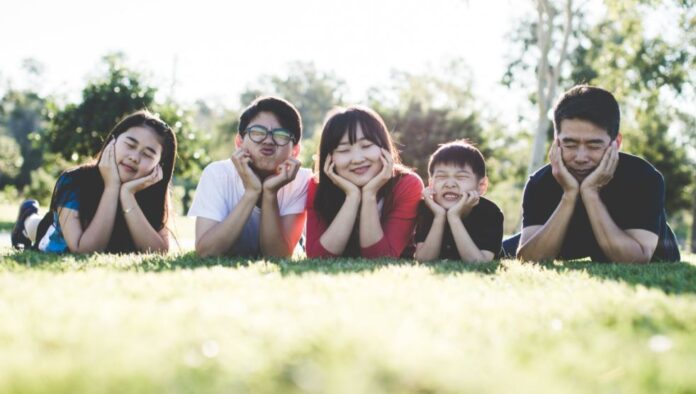 With the continuing spread of the COVID-19 pandemic in the United States, Asian Americans are faced with the reality of a surge in anti-Asian racism and hate crimes. Many fear for their own safety.

“I felt like I was always on the defensive and trying to gauge if someone was going to hurt me and my parents,” a Chinese American student told AsAmNews.

This heightened fear and anxiety has troubling implications for the mental health of Asian American families.

According to a recent study, mental health among Chinese American families has been negatively impacted by anti-Asian racism related to the COVID-19 pandemic.

“In the U.S., the COVID-19 pandemic has accentuated the systemic structure of racism and heightened the racial and xenophobic discrimination and violence toward communities of color, such as Chinese Americans,” said Dr. Cixin Wang, Assistant Professor of School Psychology in the College of Education at the University of Maryland, College Park. “We wanted to conduct this research so that we can document the severity and impact of the problem, and gain insights about how to intervene.”

According to the study, one in four participants witnessed racial discrimination due to COVID-19 almost every day, and most participants reported being directly targeted at least once. These experiences were associated with higher levels of “generalized anxiety and depressive symptoms.”

“My parents felt for maybe one of the first times that they were racialized people,” the student added. “I think COVID-19 made them realize that they could really be harmed and hurt just by being, and that scared them.”

For the researchers involved, the study is an important step in spreading awareness about racism and mental health challenges among Asian Americans.

“We know that Asian Americans don’t tend to report experiences of discrimination,” said Dr. Charissa Cheah, Professor of Psychology at University of Maryland, Baltimore County and the study’s lead PI.

“The first thing is that you need to show that it’s happening, especially when you are a marginalized group, and your voices may be questioned or may not be believed in certain segments of the larger population.”

The issue of mental health among Asian Americans, in particular, is often underrepresented and overlooked.

“Despite these high rates of mental health challenges, Asian Americans are less likely to receive mental health services at school compared with their non-Asian peers.”

The study also found that most participants felt that the general American population views Chinese people as a threat to public health and that rising anti-Chinese and anti-Asian sentiments have been exacerbated by both the media and the government’s handling of the pandemic.

“Their identity — and their sense of identity, belonging, affirmation — is really developing, and so it’s more vulnerable and they’re much more impacted by messages of rejection from the mainstream society, which essentially is one of the major ways in which racism and xenophobia and discrimination impacts negatively the mental and physical health of its victims,” she said. “It’s a rejection of this important part of your identity.”

She also added that examining family dynamics, especially the relationship between parents and children, was important to understanding how Chinese American children are impacted, especially during the pandemic where parents are likely spending more time at home with their children.

“Parents are a major socialization agent for children,” said Cheah. “They’re the main source of social support, they set the climate about how to deal with race issues early on in children’s lives, so we really wanted to understand how parents are reacting to this.”

Cheah says that their results show that parents’ experiences did, in fact, impact their children’s mental health.

While bringing awareness to the mental health of Chinese American families is one of the major goals of the study, the authors are hopeful that this increased awareness will help bring about tangible action.

Both Cheah and Wang expressed a desire to encourage more Asian Americans to speak up and seek treatment for their mental health.

“I have seen more Asian American communities speak up against racism during COVID-19,” said Wang. “I hope this article can bring up more awareness about this issue.”

They hope to see engagement from those outside the Asian American community as well.

Additionally, for the benefit of Asian American youth, she says she wants schools to “make sure that teachers and staff take diversity, equity, and inclusion training that includes issues specific to Asian Americans and Asian American history, since a lot of anti-Asian sentiments come up as micro-aggressions and may be overlooked because of the model minority myth.”

“We also made recommendations of making them aware of how diverse the Asian American community is and making sure to reach out to families who, again, may be underserved because of the model minority myth.”

“I also hope schools can take this issue of discrimination seriously, understand its impact on Asian American students, and make school a safe and welcoming place for all students regardless of their cultural backgrounds,” said Wang.

The study was also sent to several policymakers. Cheah says that Congresswoman Judy Chu used the research as a piece of evidence to support House Resolution 908, which called on officials to condemn anti-Asian racism due to COVID-19.

The authors of the study are now hoping to expand their research to a national level through Project SAFER, or Strengthening Asian American Families’ Excellence & Resilience during COVID-19. More information about Project SAFER, as well as resources for Asian American families, are available on their website.