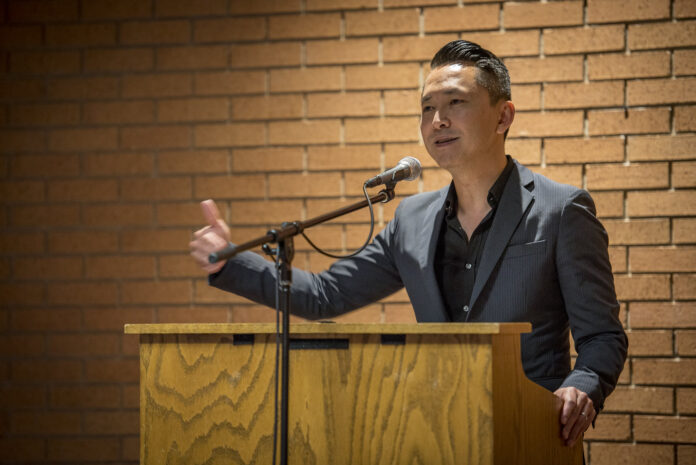 Novelist Viet Thanh Nguyen has become the first Asian American member of the Pulitzer Prize Board in its 103-year-history, according to Kirkus Reviews.

“We are delighted to welcome [Nguyen] to the [Board]”, said Pulitzer co-chair Stephen Engelberg in an official press release. “His remarkable range of experiences as a novelist, journalist, essayist and scholar make him a wonderful addition to the board in this time of extraordinary ferment.”

Nguyen won the Pulitzer Prize for Fiction in 2016 with his debut novel, The Sympathizer. He is the Chair of English at the University of Southern California and past op-ed writer for The New York Times and The Daily Californian.

“It’s an honor to be elected to the Pulitzer Prize Board,” Nguyen said according to Pulitzer. “As someone fortunate enough to be a recipient of the prize [in 2016], I know the impact that the prize has on a writer’s career and on the perceptions of readers. I’m delighted to join in the Board’s crucial work.”

Nguyen admitted to NBC News that he had been asked for a couple of years to join the board.

“[But] I just couldn’t do it because I was involved with a lot of work and also desperately trying to finish the sequel to The Sympathizer,” he told NBC News.

When asked once again this time, Nguyen had just finished writing the sequel.

“I take the idea of citizenship seriously, whether it’s service to the country or service to literature and Asian Americans, so I had to say yes,” he said.

Authors and writers expressed their excitement for Nguyen.

“Viet is a brilliant, groundbreaking writer and a stalwart champion of marginalized voices,” R.O. Kwon, the author of The Incendiaries, told NBC News. “He opens doors and keeps them wide open for others.”

Nguyen has also spoken out in support of civil rights and made his political positions known to his fans.

According to Pulitzer, Nguyen’s most recent publication is a children’s book he wrote alongside his 6-year-old son, Ellison, titled Chicken of the Sea. His next book, sequel to The Sympathizer, titled The Committed, is scheduled to hit bookstores in March 2021.