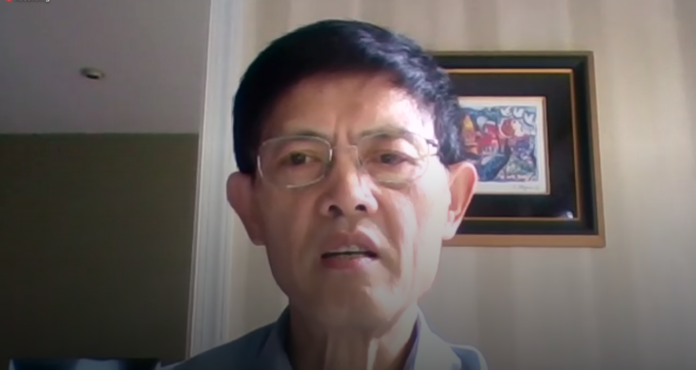 Today, Asian Americans Advancing Justice (AAJC) has launched a new anti-racial profiling project that aims to provide legal resources to Asian academics who have been falsely accused of espionage.

AAJC’s project will help people like Dr. Xioaxing Xi. In 2015, Xi, a professor of physics at Temple University, was arrested and accused of espionage.

Xi was abruptly awakened one early morning in his home by FBI agents knocking on his door. He was handcuffed in front of  his wife and two daughters, the youngest of whom was 12 years old.

In the ensuing chaos, where Xi was prohibited from seeing his students and removed as chair of his department, the legal referrals and help he got felt like “charcoal in the middle of a snowstorm.”

“The reality is that there are many in the United States that are being targeted with criminal wrongdoing and espionage,” John C. Yang, AAJC’s Executive Director, said at a press briefing. “[They’re] part of this process where they’ve been ensnared by overzealous prosecutors based on racial bias, based on generalizations against the Chinese and Asian American community.”

“It’s one stereotype of being a model minority that is excelling in STEM, that is contributing to the science community… [and] being used as a wedge against other communities of color,” Yang continued. “But then, we are also seen as that foreigner that cannot be trusted.”

Congressmember Judy Chu was present at the event, providing context from the political sphere.

“I want to be clear: while we should absolutely acknowledge our differences with the policies of the Chinese Communist Party, we should not blanketly target all Chinese people and promote China-bashing that puts Asian American lives at risk,” Chu said.

The launching of the project could not have come at a better time, Chu said, alluding to the flood of conspiracy theories and backlash against China after the president announced that he and the first lady had contracted COVID-19. The xenophobia has had a ‘chilling effect’ on the Asian American community, Chu added.

“I’ve heard from so many individuals who are afraid of pursuing a career in science or academia, because they fear being falsely accused of spying and worried that they may be racially profiled simply because they are Chinese,” Chu said. “This is not right. That is why this is so important.”

According to Yang, the Anti-Racial Profiling Project has three main goals: education, advocacy and legal referrals. Educational resources will include language-accessible “Know your Rights” material, while legal resources will include a hotline for legal referrals. AAJC is also hoping to facilitate discussion with law enforcement agencies and universities nationwide, Yang said.

Targeting Asian academics, Xi said, will have a detrimental effect on American universities.

“Unfortunately the current wave of prosecutions… created an environment where people stopped interacting with scientists from China,” Xi said. “This is extremely damaging to American competitiveness in science and technology.”

“Universities are where you do fundamental research,” Xi continued. “It’s open, it’s free, an exchange of ideas, a stimulating environment that leads to discoveries.”

Those who believe they are being targeted or profiled based on race or ethnicity may contact AAJC via the Signal app with the number 202-935-6014. Those experiencing difficulties with Signal should text ONLY a name and phone number to 202-935-6014 and wait for an AAJC staff member to make direct contact.