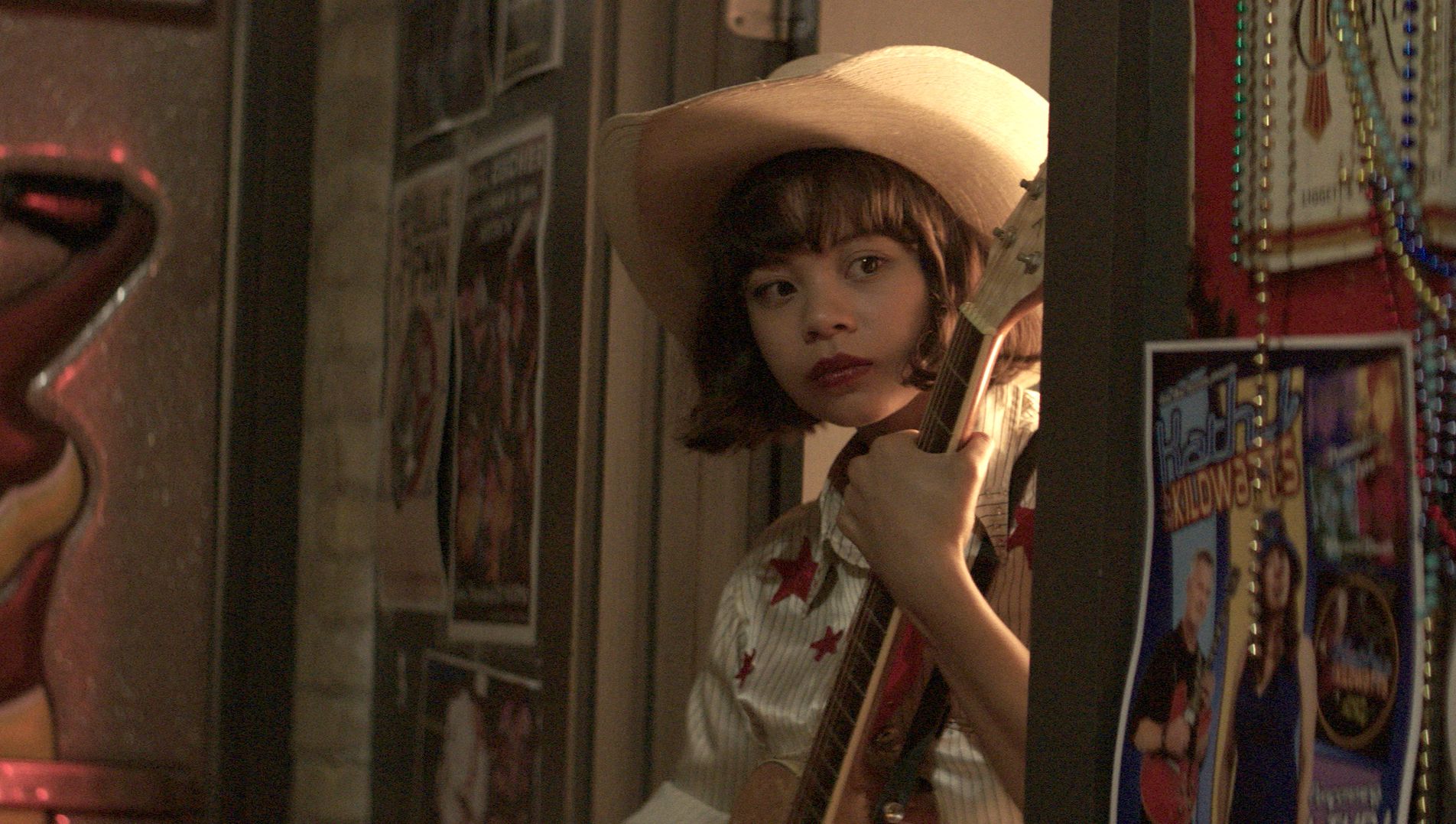 Just before the lights went out at a New Jersey screening of Yellow Rose, one of Diane Paragas’s producers turned to her to say that most people in attendance were Trump supporters.

Unsure how the audience would react to a coming-of-age story about an undocumented Filipina teen whose mother is arrested by ICE, Paragas left the room. When she “sheepishly” returned after the film was over, a man walked up to her in tears.

“Trump should renew DACA,” he said, referring to the policy that protects undocumented immigrants brought to the U.S. as minors and is vehemently opposed by the Trump administration.

On Friday, Yellow Rose opened on large screens in North America, marking the first major theatrical release for a Filipino film in the United States. The Sony Pictures acquisition came after a successful film festival run where the musical drama took home 13 jury and audience awards.

Directed, co-written and co-produced by Paragas, Yellow Rose tells the story of 17-year-old Rose, an aspiring country music performer. After her mom (Princess Punzalan) is detained, Rose sets out to find a place of safety. Against stunning Texas sunsets, she meets a cast of supporting characters (Lea Salonga, Dale Watson, Liam Booth, Libby Villari) who offer their help. But it’s ultimately up to the young Filipina singer to find her own voice.

With the presidential election approaching, Paragas thinks Yellow Rose provides an opportunity for voters to figure out their feelings about immigration. Perhaps, she said, it can even change some hearts and minds.

“For the most part, all we get are two sides screaming at each other — ‘You get out of here,’ and ‘We have a right to stay here,’ — and that doesn’t get us anywhere,” she said. “I think what’s so beautiful about cinema… is that you can put aside your own feelings. Sit down, watch a story of a young girl who has a dream, (and see what) happens to her, and what that feels like to be hunted, to be looked at as somebody who is not welcome.”

In 2017, the third largest Asian group of unauthorized immigrants in the United States hailed from the Philippines. According to Migration Policy Institute estimates, there were roughly 313,000 unauthorized Filipino immigrants in America from 2012 to 2016, representing about 3 percent of the country’s unauthorized population.

The plight of Yellow Rose’s guitar-toting teen protagonist is a reality for thousands — when DACA was first introduced in 2012, the MPI estimated that 26,000 Filipinos were eligible for the program. But as of March 2020, Filipinos represented only about 3,300 of roughly 644,000 active DACA recipients.

Tony Award-nominated actress Eva Noblezada, who plays Rose, said the movie was a catalyst for her to learn more about the political environment in the United States, where approaches to unauthorized immigration have been subject to contentious legislative debate.

But she said the film — her feature film debut — is ultimately a human story, not a political one. Indeed, Yellow Rose steers away from heavy-handed commentary, honing in on Rose’s journey and emotional growth.

“I tried to really bring out (Rose’s) humanity, and how to respond just in an organic way of what I would do in that situation,” Noblezada said, noting that she didn’t want to create a dramatized or “overdone” immigrant story. “The last thing we need right now in the United States is inauthenticity.”

For Paragas, who has a background in documentary filmmaking, a realistic portrayal was a priority. On top of involvement with both the Filipino Legal Defense Fund and the Philippine Consulate, the director consulted immigration lawyers, interviewed detainees and took cast members to visit a halfway house in Austin for displaced immigrants.

Grammy Award-winning singer Noblezada said she also appreciated the chance to genuinely jump into the world of country music, shooting alongside Dale Watson in his real home and recording studio. And of course, the half Mexican and half Filipina actress said it felt “pretty badass” to work on a film with Filipina representation both on and off camera.

Adding to its milestones, Yellow Rose is the first Filipino film included in the official Gold Open Lineup, a community movement that helped foster the box office success of Asian-led titles like Crazy Rich Asians and Parasite.

Paragas hopes Yellow Rose can become the top movie in America in its opening weekend, showing Hollywood that stories like it have a place in the greater pop culture landscape.

“I found my Filipino-ness by making this movie,” Paragas said. “For that 15-year-long slug that I did to get this film made… I just hope it cracks that ceiling a tiny bit for whoever is wanting to do this behind me.”