Woman accused in murder for hire to kill ex-husband 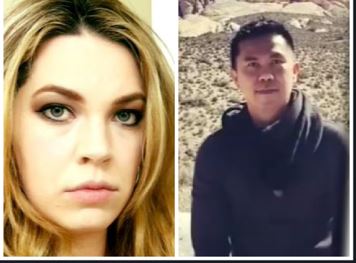 A 30-year-old woman is behind bars accused of hiring two 17-year olds to kill her ex-husband.

“I don’t think there’s very many people that have been shot as many times as I have in the condition I am talking and breathing, so I appreciate that,” Baron Li said to ABC News.

Police in Bellevue, WA near Seattle have arrested Shaerin Kelley and a teen who they say she paid $13,000 to execute the crime. Authorities say another teen paid to drive the getaway car by the alleged shooter is also under arrest.

KOMO News reports Li was shot 9 times. Police found a GPS tracking device hidden in his car which they say was purchased by Kelley and used by the teens to locate him.

“The victim fell to the ground, the suspect stood over him and continued to fire,” Major Travess Forbush with Bellevue Police said to KOMO.

Li was ambushed outside his apartment in July.

“I looked to the right and I see someone in a mask running right at me; I couldn’t recognize if it was a man or a woman or what not,” Li told GMA. “I was a few feet away from my car and I heard a (sound) so I look to the left and I didn’t see anybody. And then I heard another one and I looked right and dropped my keys because I had been hit in my right arm.”

Bellevue Police spotted the license number of the getaway car through surveillance video and located the alleged shooter.

According to court documents, the accused shooter told a friend who drove him from Mount Vernon to Bellevue said “he was going cap someone and empty the clip.”