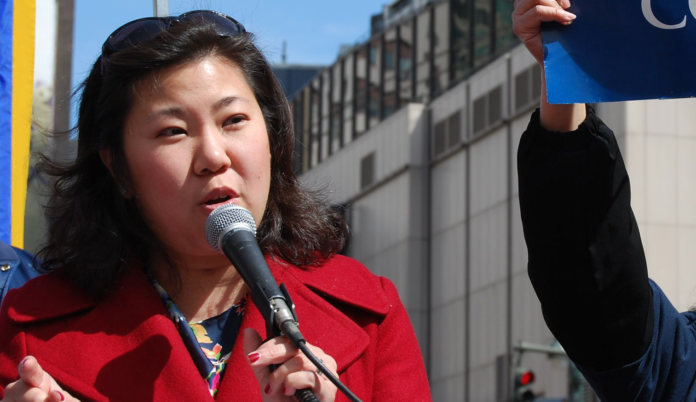 Referencing the campaign’s commitment to ‘ensure the judiciary looks like America,’ Meng states in the letter that a representative judiciary would be crucial to ‘impartiality’ and ‘fairness.’

“Judges who can empathize, at a deeper level, with members of the Muslim American community and other under-represented communities are critical… while life experience is not determinative, it is instructive and informative,” Meng said.

The letter also points out the immense, yet often unrecognized, Muslim American contributions in United States’ past and present:

“[Muslims’] role in America pre-dates the founding of the nation; where 10-15% of enslaved persons were Muslims… the Muslim American community is currently one of the most ethnically diverse faith communities in the [U.S.],” the letter notes. “Yet… the community is absent from the federal judiciary.”

The appointment of Muslim federal judges — or lack of such — is not a new discussion. According to Queens Daily Eagle, only a ‘handful’ of Muslim Americans have served on local judicial benches throughout the whole state of New York.

In the meantime, on the other side of the country, Judge Halim Dhanidina became the ‘highest-ranking Muslim justice in the country’ in 2018, PBS reports. Dhanidina became California’s first Muslim judge appointed to the state’s Superior Court in 2012 by Governor Jerry Brown .

According to PBS, Dhanidina attributes his principles of honesty and fairness to his faith.

“Within the religion of Islam, just like Judaism and Christianity, Buddhism, et cetera … there are ethical codes [and] they’re the same across the board. Honesty. Integrity. Fairness. Justice. Mercy,” Dhanidina said, PBS reports. “And to that extent, my religious upbringing or beliefs play a role – because I think it is important to be honest, have integrity, treat people fairly.”