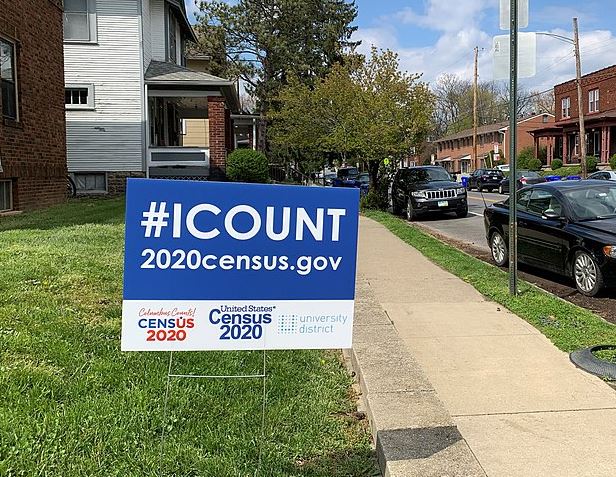 Asian American and other civil rights groups condemned a White House decision to abruptly make today the last to fill out the census.

Civil rights group says the fight isn’t over and vowed to go to court to battle the decision.

“The Supreme Court’s decision is unconscionable, but the fight is not over,” said John Yang of Asian Americans Advancing Justice. “Right now, Advancing Justice – AAJC is in court with MALDEF (Mexican American Legal Defense and Educational Fund) to stop the census count from ending early and hold the Commerce Department to the Census Bureau’s original extension plan of delivering apportionment data in April 2021. Congress also has a role to play in passing bipartisan-sponsored legislation to ensure that the Census Bureau has and uses the time necessary to compile fair and accurate data.”

“This is not over,” agreed Vanita Gupta, president and CEO of The Leadership Conference on Civil and Human Rights. “The Commerce Secretary and Census Bureau officials have already told courts that they cannot produce acceptably accurate census data by December 31. Congress must act now to end this confusion and ensure sufficient time for data processing and quality assurance in accordance with the Census Bureau’s high standards. Our democracy demands a fair count.”

However, some advocates point to other pending rulings and to the November 3rd elections as important determinants of what happens with the data that has been collected by the Census Bureau.

Arturo Vargas, Executive Director of the National Association of Latino Elected and Appointed Officials (NALEO), said that not all is lost, despite the confusion over the changing dates and recent rulings.

“We forced the Census Bureau to extend it two weeks beyond what they wanted, we are missing out on just two weeks”, he said. “Now the big question is how accurate and complete that count is going to be, and that´s an unknown right now”.

On Tuesday SCOTUS granted an appeal by the Trump Administration to an appeals panel decision that ordered it to continue enumeration efforts until Halloween, which was the original plan of the Department of Commerce after the Covid-19 pandemic hit.

But the Department changed its mind and moved that date back to September 30th, arguing it would not have enough time to finish processing the data to turn it over to the President of the United States as the law mandates, on December 31st of this year.

However, a memo issued in July by the Administration indicates that it intends to “exclude illegal aliens from the apportionment base.”. This could potentially reduce the number of Congressional seats in states that are estimated to have a larger undocumented population, like California as well as some red states, like Florida, Texas and many in the South, said Vargas.

So far, a court in New York has said that it would be illegal for the Trump Administration to make such adjustments to the data. That ruling was appealed to SCOTUS, which has not ruled on it yet.

“Even if the Supreme Court says the memo is legal there will be a constitutional challenge,” said Vargas.

In the event the courts rule against the civil rights groups and allow the President to modify the data using “estimates” about the number of “illegal aliens” in every state, the future of the data will be in the hands of a new Congress and a new President, said Vargas.

“The House can reject the apportionment numbers after the President sends them to Capitol Hill,” Vargas added.

A new Congress is sworn in by January 3rd, 17 days before the new presidential term begins. “If there is a change in the Senate and the House and the Presidency all go to the same party, I think the strategy changes completely.”

Civil rights organizations, which have sued the Administration over different aspects of the way it has conducted the Census, are also fighting over the issue of post collection processing and whether the Bureau should take additional time before turning the data over to the President.

Thomas A. Saenz, President and General Counsel of the Mexican American Legal Defense and Educational Fund, said that after the enumeration is finished, the Bureau “will use administrative records and check the quality of the data, which takes a serious amount of time…how much time is what´s at stake”.

Several courts could still weigh in on the issue, which wasn´t addressed by the Supreme Court decision this week and SCOTUS did not issue an opinion. The decision reversed the lower court ruling, allowing the Census to stop the enumeration.

The U.S. Census Bureau issued a formal statement indicating that it has counted 99.9% of the households in the U.S. which sounds like complete success, but statistical experts and civil rights groups challenge that assertion.

The American Statistical Association has raised questions about the quality of the data due to the shortened schedule, dropped quality control procedures, pending lawsuits and the outsize politicization of some parts of the 2020 Census.

“It´s not enough to complete an enumeration. It´s also important to count everyone in doing so,” said John Thompson, a former Census Bureau director who was on the task force.

A statement released on Tuesday by a coalition of Native American organizations said that the “completion rates provided by the Bureau merely refer to the percentage of households not responding to the Census that they are no longer trying to contact…by saying they have completed, the agency means they have stopped trying to contact them”.

Vargas added that it is not known if all people in households were counted or if all households were included in the list. There´s also questions about the accuracy of part of the data that was filled in by proxy (by neighbors or other members of a household and not the person counted).

Gupta said this week that Congress should act now to extend the deadline for the Bureau of the Census to turn over the data to the president beyond December 31.

“Our democracy demands a fair count”, she said.

“Our efforts to fight for an accurate count continue, and Tuesday’s ruling underscores the crucial role that Congress can play to prevent rushed processes and inaccurate data by pushing back reporting deadlines,” said  Katrina Dizon Mariategue, acting executive director of Southeast Asia Resource Action Center.  We urge lawmakers to move quickly and pass legislation that will provide sufficient time for data processing and quality assurance of the census data, which will impact our communities for the next decade.”