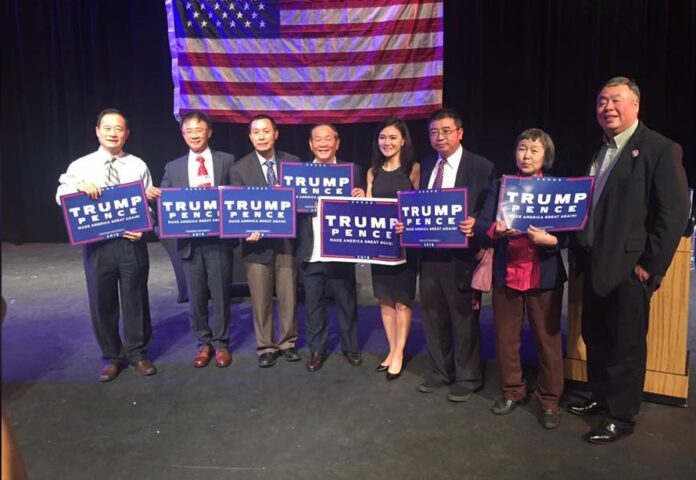 “We need a president with empathy, integrity, and broadness capable of bringing all sides to the table to find the common ground, work together overcoming serious challenges ahead. America first is for all Americans, not just Americans on one side,” reads a statement posted to the organization’s website.

The Asian GOP, which consists of over 50,000 members, previously supported Donald Trump in the 2016 presidential election. They now say that their support of Trump was a “mistake.”

Cliff Li, head of the Asian GOP, says the organization is primarily concerned about the country becoming increasingly divided under Trump’s presidency.

“We start to feel the country is further divided,” he told Newsy. “And we don’t feel safe.”

“This is America. We couldn’t imagine America could come to the point where it’s America against America,” he added.

Li says this division is reminiscent of his own experience of the events of Tiananmen Square in China in 1989, which first motivated him to immigrate to the United States.

He also cited Trump’s rhetoric around the COVID-19 pandemic as the source of an “opinion shift” among conservative Asian Americans, particularly Chinese Americans.

“Even calling it the ‘kung flu’ virus, he has shown a total disregard of the impact it could have on the Chinese American community,” Li said.

He added that Trump “failed on all fronts” in his handling of the pandemic.

“Even [Trump] got the virus himself, he still hasn’t changed. This is somebody who refuses to learn from his mistakes [and] refuses to be the person who wants to unite everyone together to deal with the crisis.”

Asian Americans are the fastest-growing voter demographic and have the ability to make a difference in several battleground states.

The Asian GOP is hoping that its statement will help to push the “silent majority” of Asian American conservatives to vote for Biden, especially those who were already uncertain of Trump.

“Hopefully, the Republican Party will get back to [being] a party of the value and a party of the ideology, instead of an organization of a flawed politician,” Li said.