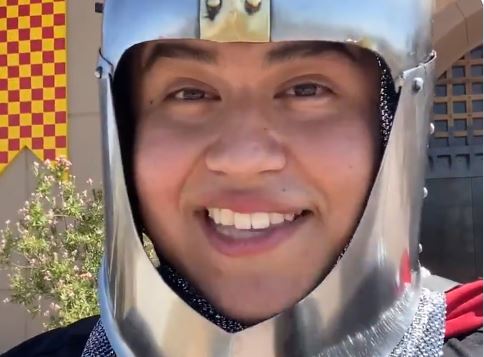 Backlash from fans forced Fox Friday to delete a tweet and then apologize for using a racial slur to describe the performance of a contestant on its show I Can See Your Voice.

The tweet used the outdated phrase “ch*nk in the armor” in reference to contestant Julian Mendoza who wore the armor of a knight during his performance.

Entertainment Weekly grabbed a screen shot of the tweet before it disappeared.

“On Wednesday, we posted a tweet in conjunction with ‘I Can See Your Voice’ that was inappropriate,” Fox said in a statement to TheWrap Friday. “The tweet has since been removed. We sincerely apologize to the Asian community and to all whom it offended.”

Several commented on the inappropriateness of the tweet before it was removed.

“I know they mean that the armor might be vulnerable, but using that word was a poor choice at that moment,” wrote one, according to The Wrap.

A different tweeter said: “UHM???????? I never thought I’d have to report a network show account for hate speech but–“

I Can See Your Voice is hosted by Ken Jeong.