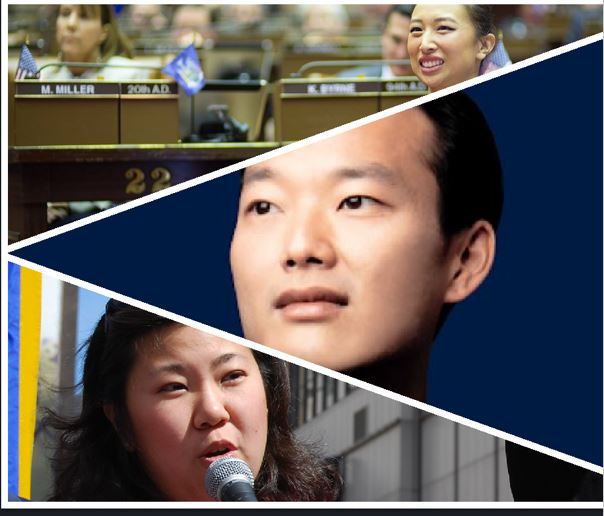 Several Asian American state and congressional candidates say they’ve been the targets of anti-Asian racism during the pandemic.

David Kim is running for Congress out of Los Angeles County. He told NPR his inbox has been filled with messages telling him to “go back to his country” and “eat bats.”

“I’ve gotten so many comments, online at least,” Kim said. “I’d never heard that type of racism to my face — not to that extreme.”

Rep Grace Meng is running for her fifth term as the congressswoman in New York. The first Asian American ever elected to federal office in the state has also been the object of coronavirus racism.

She released a recording of some of the messages she received in the tweet below.

She’s been called “kung flu,” a “Chinese virus” and a “fat slob.” Many of those comments came after she lead the passage of a resolution in the House to condemn the rise in anti-Asian racism. Democrats unanimously endorsed the measure. 164 Republicans voted against it.

Also in New York, a voter came up to Assemblymember  Yuh-Line Niou and told her ‘You’re the one who brought the virus here. I hope you die,’ Niou said, according to NPR.

Niou was passing out KN95 masks in her district when it happened.

“It’s horrifying. You’re doing what you can to help people and everyone else wants you to die,” she said.

All this is happening as the rise in anti-Asian hate has spiked dramatically. The reporting website Stop AAPI Hate documented 2500 reports of hate submitted to its website from March to August. That number has since increased to more then 2800.

They uncovered 24 such tweets from President Trump which have received more than 4.2 million likes.

Asian Am Democrats to guard against anti-China backlash in Congress

Asian Am Democrats to guard against anti-China backlash in Congress