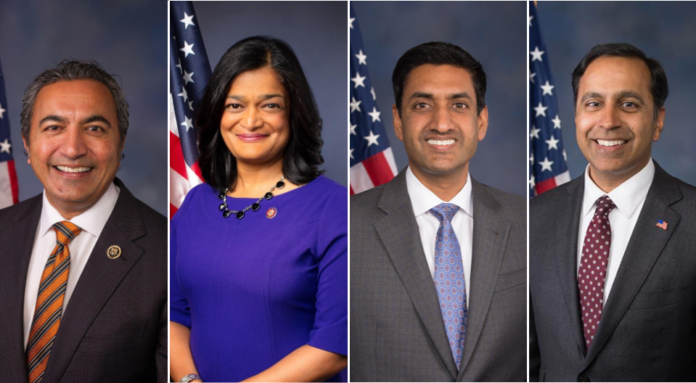 Four Indian American U.S. Representatives, dubbed the ‘Samosa Caucus,’ have all won their bids for re-election, The Print reports. Their victories coincide with an increasing number of South Asian candidates and growing attention on the power of South Asian voters.

Coined by Rep. Krishnamoorthi to describe the House of Representatives’ “informal grouping of Indian American lawmakers”, the Samosa Caucus may be set to expand, according to The Print. That is, if Dr. Hiral Tipirneni (D-AZ) wins her race in Arizona.

“If elected, Tipirneni…  would be the second ever Indian American woman to be elected to the House,” The Hindu reports.

“This year’s election represented a giant leap forward for Indian Americans’ role in U.S. politics,” Neil Makhija, IMPACT’s Executive Director, said. “Indian American voters and candidates demonstrated the burgeoning power and influence of this important voting bloc in decisive fashion, which will help make the difference in key states like Michigan and Pennsylvania.”

IMPACT endorsed 19 Indian American candidates running for office throughout the country. According to the organization’s website, 15 candidates so far have won their races.