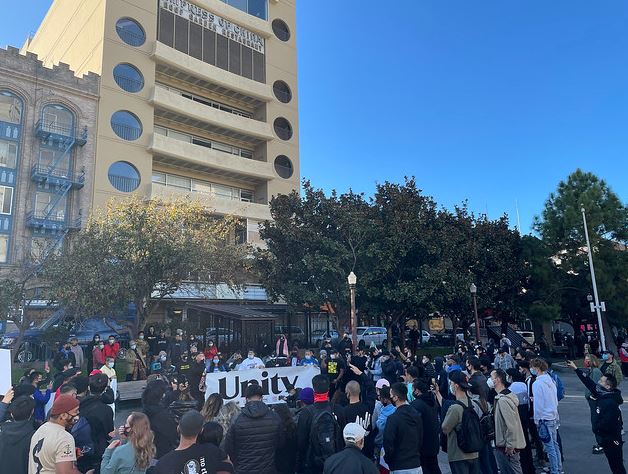 Two consistent themes appeared throughout the rally: Pride and Unity.

At the rally, China Mac stated, “We’re here to educate the youth to be proud . . . to be Asian. For many of us, we’re not proud because we’re always being picked on or bullied . . . We’re here to unite our youth.”

Cynthia Choi, Co-Executive Director of Chinese for Affirmative Action spoke to the crowd about the need to unite together. Pointing to the Presidential election, she stated, “70 million people voted for this President. . . What do we do? We condemn this hate, not just against our own community . . . these forces that try to pit us against each other.”

China Mac and Ham organized the first “They Can’t Burn Us All” march in New York City after an 89-year-old grandmother was set on fire in Brooklyn in July. The attack was just one of the numerous anti-Asian attacks reported during the COVID-19 pandemic.

Since the first two marches in New York, the protests have continued across nation. Last September, the protests reached Los Angeles and San Francisco. On Saturday, November 7, the latest iteration took form in a youth rally.

Attendees also received a pin after signing up to join the “They Can’t Burn Us All” Discord (a messaging and voice chat App) group.