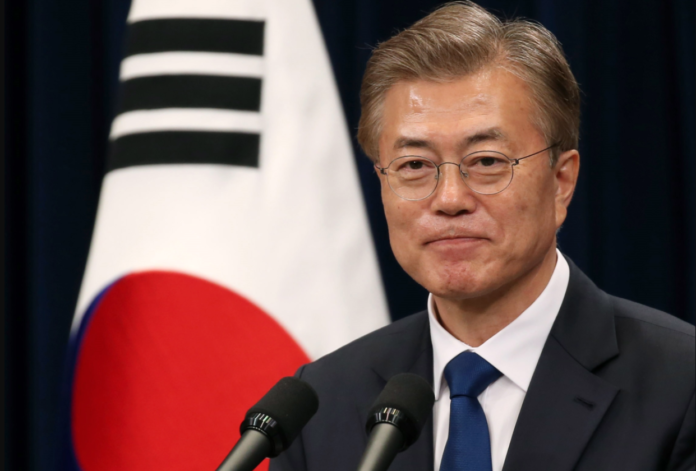 According to Yonhap News, Kim, Steel, and Strickland are the first Korean American women in history to serve in the U.S. Congress.

“Delighted and thrilled!  Together with the Korean people, I extend my congratulations,” Moon said. “Above all, Koreans living in the U.S. must feel reassured by their presence.”

The growth in representation is encouraging, Moon said, pointing out the representatives’ ‘friendly’ Korean names. According to The Korea Herald, Moon also expressed interest in furthering relations between the U.S. and South Korea.

According to a previous AsAmNews article, Kim won the race for the Congressional seat in Los Angeles. Both Kim and Steel defeated Californian Democratic incumbents, a ‘major victory for the GOP,’ AsAmNews reports.

President Moon is not the only public official to have congratulated the four Korean American politicians. According to Yonhap News, Harry Harris, the U.S. Ambassador to the Republic of Korea, posted a congratulatory message via Twitter earlier this month:

“Congratulations to @YoungKimCA and @MichelleSteelCA who were just declared victors in U.S. Congressional races in California, joining @StricklandforWA & @AndyKimNJ as 4 Korean Americans in the U.S. Congress — a first,” Harris said.