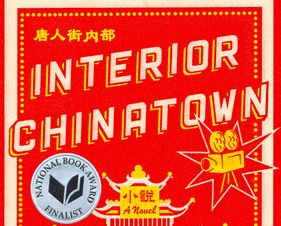 Hulu will be developing a television series based on Charles Yu’s novel Interior Chinatown, reports Primetimer.

Interior Chinatown, which was published earlier this year, follows the story of an Asian American actor as he contends with the difficulties of being typecast and stereotyped. As we previously reported, the novel this week won the National Book Award for fiction for Yu.

Yu is now set to adapt his own work to television, after what Variety describes as a “highly competitive” deal. Interior Chinatown will not be Yu’s first TV project: the author previously worked on episodes of HBO’s Westworld, FX’s Legion, AMC’s Lodge 49, and Facebook’s Sorry For Your Loss.

Earlier this year, Yu appeared on The Daily Show With Trevor Noah to discuss the book and bring attention to the lack of Asian American representation.

“So, you know, everyone’s seen Law & Order, and you have the two leads in the front and they’re discussing the case. And way in the back, pretty much out of focus, is, like, an Asian guy unloading a van. I was like, ‘What if you told the story from that guy’s point of view?'” Yu said.

“And I started to get interested in this world and exploring this world, because the view from the bottom looks different than the view from where the leads are standing.”

The upcoming adaptation of Interior Chinatown will be an opportunity for Yu to contribute to more positive Asian American representation to television.