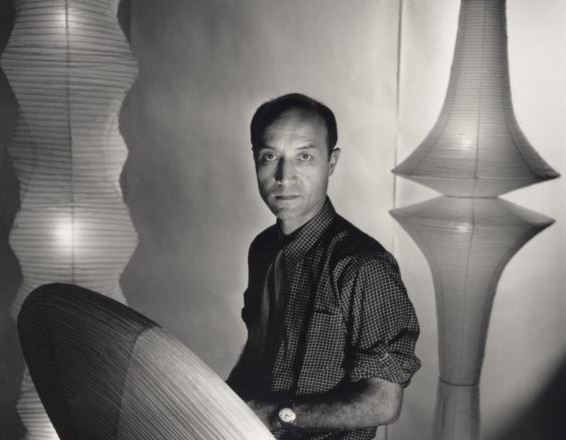 According to WhiteHouseHistory.org, Noguchi was born in 1904 in Los Angeles to a Japanese father and an American mother.

After graduating from high school, Noguchi earned an apprenticeship with American sculptor Gutzon Borglum who would advise Noguchi not to pursue art as a career. Noguchi then enrolled at Columbia University in pre-med, but eventually dropped out to pursue sculpture after his mom encouraged him to take an evening sculpture class.

He would eventually gain fame and recognition after he completed a large sculpture for the Associated Press Building in Rockefeller Center, New York City.

WhiteHouseHistory.org reports Noguchi co-founded the  Nisei Writers and Artists Mobilization for Democracy and lobbied for civil rights for Japanese Americans. He voluntarily reported to the Poston Incarceration Camp in Arizona with the hope of making the camp more humane. When he realized that would not be possible, he tried to leave but quickly found out he had become a prisoner despite entering the camp voluntarily.

He wrote about his experience for Reader’s Digest.

Honors include the Edward MacDowell Medal for Outstanding Lifetime Contribution to the Arts in 1982, the 1986 Kyoto Prize in Arts (Japan), the National Medal of Arts in 1987 (United States), and the Order of the Sacred Treasure posthumously from the Japanese Government in 1998.

“Noguchi’s inclusion in the White House Collection is a worthy testament to his incredible life’s work and is a milestone in our efforts to ensure that Americans from all cultural backgrounds are represented,” said Stewart McLaurin, president of the White House Historical Association to Art News.