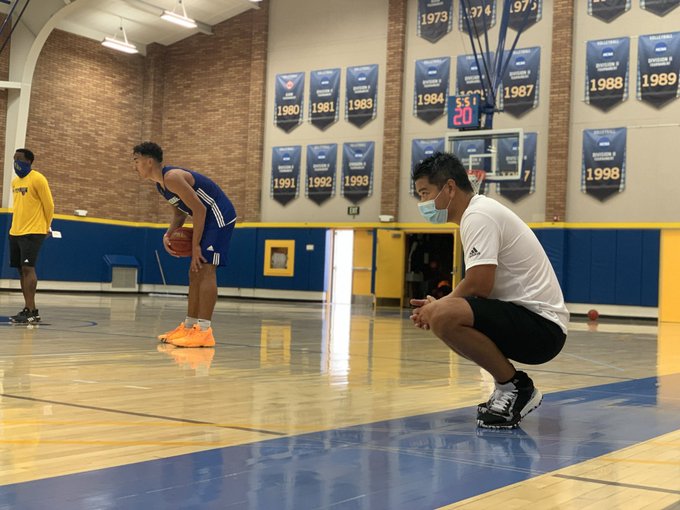 Magpayo, who is Filipino American, became the NCAA’s first Asian American men’s basketball head coach of a Division I team after he was named head coach at University of California, Riverside in July.

“It’s a responsibility,” Magpayo told Sports Illustrated. “But my players don’t look at me as Asian, white, Black, or anything. . . they just see me as ‘Coach’ and that’s really all I could ask for.”

He credits Erik Spoelstra, the first Asian American NBA head coach, for paving the way for him and other Asian American coaches. However, as both the NCAA and professional leagues continue to see a lack of Asian American representation, Magpayo hopes to be able to continue the momentum.

“Spoelstra has opened the door for me and I hope I can open the door for other Asian coaches. . . that’s the mission,” he said to Sports Illustrated.

Magpayo is the founder and president of the Asian Coaches Association (ACA), an organization dedicated to unifying and supporting Asian American coaches across multiple sports. The organization offers opportunities for these coaches to network and engage with different athletic communities.

Starting with its first event which saw a 12-person turnout, the association now hosts events that attract over 200 people.

The COVID-19 pandemic, however, is now providing a threat to Magpayo’s career. Concerns have been raised over the possibility of UC Riverside cutting its athletic department

Kenny Blakeney, a fellow NCAA basketball head coach who previously worked with Jeremy Lin, expressed his own concerns about the consequences of Magpayo potentially losing his position.

“It doesn’t allow Magpayo to have his story be told. . . it doesn’t allow for that fire to ignite and to inspire more people of Asian descent and other racial minorities within the basketball community,” he told SI.

Although the COVID-19 pandemic has provided obstacles to Magpayo’s career, he continues to remain optimistic about his work with the ACA and now hosts weekly virtual meetings and events for the organization. He hopes that the virtual format will actually help the ACA to connect with more people.

He has extended the same optimism to the UC Riverdale athletics department, working alongside UCR athletics director Wes Mallette to launch the #KeepUCRAthletics campaign. The campaign has seen engagement from over 350,000 people on social media.

Regardless of the end result, Magpayo remains committed to his goal of opening doors for other Asian American coaches and athletes.

“I hope that Magpayo can have the chance to inspire the next generation of Asian coaches so we can’t even have a conversation of him being the only Division I basketball coach of Asian descent,” Blakeney said. “Because he won’t be.”