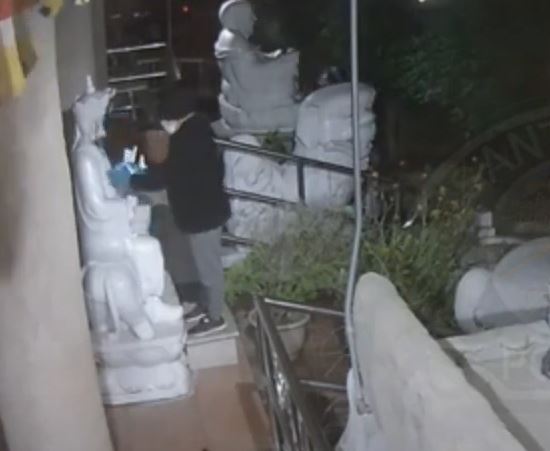 Police in Santa Ana near Los Angeles are calling the recent vandalism of the Huong Tich Temple a hate crime, reports the Los Angeles Times.

It’s the sixth Buddhist temple to be vandalized in the area in the last month.

“It’s beyond trespass. It’s beyond vandalism. It’s a hate crime targeted at the Vietnamese American Buddhist community, and we will not stand for that,” said City Councilperson Thai Viet Phan to the Times.

Monday night’s attack is similar to at least three others in which the vandals used black spray paint.

Church leaders say even more than the physical damage is the human toll of the crimes.

“It’s the hate crime in itself and the negative impact to interfaith relations in our community,” Vien Hay of the Dieu Ngu Temple, which has also been vandalized,” told the LA Times.