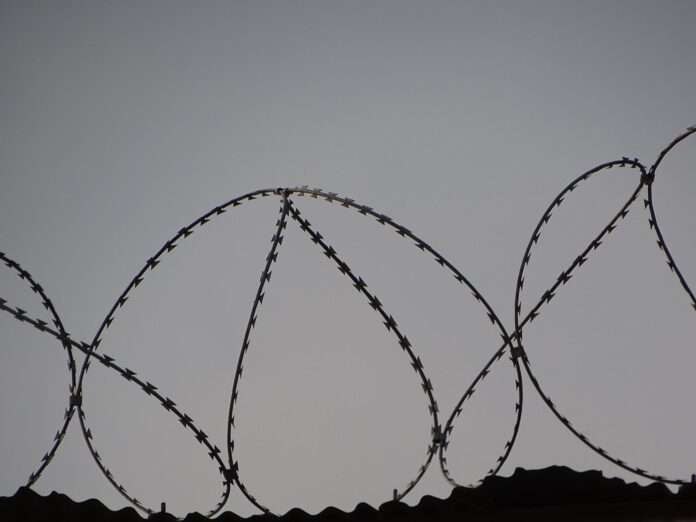 Authorities say Michael Kibalo, 29, chased a woman and two children with a fake rifle in a bid to steal a cell phone.

“This man terrorized his victims and created a very dangerous situation,” Attorney General Gurbir S. Grewal said in a statement to NJ.com. “We’re committed to fully investigating and prosecuting bias crimes in New Jersey. As members of law enforcement and as a society, we need to push back against intolerance and hatred.”

According to Patch, prosecutors say Kabalo approached the woman covering his head and face with a hooded sweatshirt and ordered her to give up her cell phone.

Instead she ran away along with her two children. Court records say Kabalo gave chase and eventually caught up and tried to wrestle the phone away from the woman. Prosecutors say the three got away when Kabalo fell to the ground.

A contractor heard the woman’s screams and rushed to help. So did police. The Planet Princeton reports  Officer Connor Chapkowski ordered Kabalo put the gun down and he complied before being arrested.

“I feel great sadness for the victims and families involved in this terrifying incident,” Montgomery Township Police Director James M. Gill said to NJ.com. “It is my hope that the sentence imposed brings closure, healing and justice to those impacted, and also brings awareness to our community. This case again demonstrates that the officers of the Montgomery Township Police Department will work tirelessly and use every tool and resource we have to ensure the safety of all citizens.”