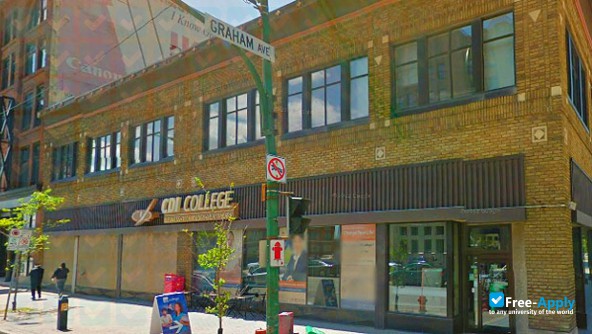 A Sikh student at CDI College in Mississauga has accused the school of mismanaging a complaint against an Indian student who made an anti-Sikh comment during class, CBC reports.

CDI, a private, for-profit college with locations around Canada, allegedly responded to Prabhjot Singh’s report by stating that the discriminatory comments were “historical fact.”

Singh was giving a Zoom presentation in his immigration class when a student who was from India interrupted, stating that “people from Punjab are frauds,” he said.

The student then referenced the 1984 anti-Sikh riots in which over 2,700 Sikhs were killed over a three-day period following the assassination of Prime Minister Indira Gandhi by Sikh bodyguards.

During the massacre, many people were raped and Sikh properties were rooted. After over three decades, only 30 people were convicted for the attacks with no prosecutions of rape, a “comprehensive failure of the justice system,” Human Rights Watch stated.

“‘I know you are Sikh, you are from Punjab. Did you forget how you guys were slaughtered in 1984?'” Singh recounted the student’s comment to CBC.

Singh, whose relatives were killed in the massacre, said the instructor of the class made no effort to intervene.

When he reported the threatening remarks to the college, educational manager Mary Liideman told him he was merely talking about a “historical fact,” Singh said.

“After conducting an investigation, we have determined that although culturally insensitive remarks were made, there were no direct threats made to you,” Liideman wrote to Singh in a Nov. 11 email.

The WSO then released a statement saying the harassment was “outrageous.” It criticized the school’s trivialization of the classmate’s comment as “culturally insensitive,” according to Voice Online.

WSO’s vice President for Ontario Sharanjeet Kaur said the college must address the situation “immediately,” and that WSO will keep assisting Singh.

“We expect exemplary action to be taken against the student that made these comments,” Kaur said. “It’s also important that CDI College address the fact that the manner in which this situation has been handled to date has made it worse for the student, instead of creating a safe space for an individual that is being threatened.”

Following media attention, the CDI College said it will reopen the investigation.

“Upon reflection, it is clear that this did not properly address Mr. [Prabhjot] Singh’s concerns,” Rodney D’Souza, the associate regional director of operations for CDI in central Canada, stated.

D’Souza said the school sent the student who made the harassing remarks a “warning letter” and that it will launch mandatory diversity and inclusion training for all staff. He added that the situation was an isolated incident.

However, to Singh, the harassment made him feel ashamed.

AG to review complaints in officer shooting death of Hawj