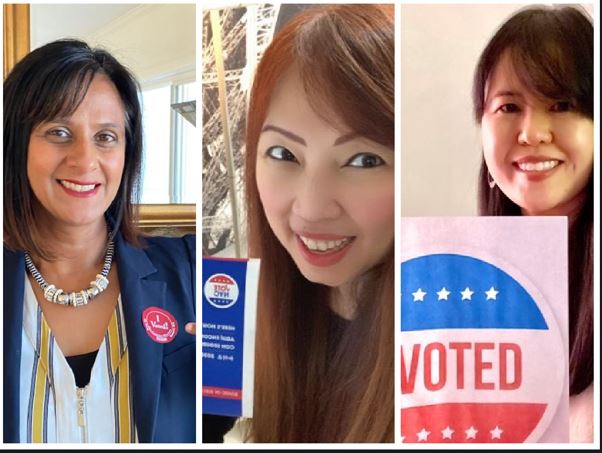 Political organizers are looking to mobilize the Asian American and Pacific Islander vote ahead of the Georgia Senate run-off races in January.

In January, the state of Georgia will decide whether or not to elect the two Republican incumbents, Sens. David Perdue and Kelly Loeffler, or their Democratic challengers Jon Ossoff and Rev. Raphael Warnock. AAPI voters could play a deciding role.

Partisan and non-partisan organizations alike hope to continue mobilizing the AAPI in the Georgia run-offs.

The Democratic Party of Georgia believes that the AAPI vote is crucial to their electoral success in January, one that could flip the senate from red to blue.

“AAPI voters in Georgia are the margin of victory here, so it’s really important to make sure that they are empowered to vote, are informed to vote, and have access to vote,” Jen D. Rafanan, AAPI Media Director for the the Democratic Party of Georgia, told AsAmNews in an email.

The Republican Party of Georgia is also pouring money and resources into the Georgia Senate races. An RNC official told Fox News in early December that the party had ramped up staffing in Georgia and vowed to spend $20 million on the race. However, the Republicans’ AAPI voter outreach strategies remain unclear.

AsAmNews reached out to the Republican Party of Georgia but they did not respond to our repeated requests for comment.

Building trust within the AAPI communities is an important part of AAPI voter outreach according to Esther Lim, Civic Engagement and Organizing Coordinator for Asian Americans Advancing Justice – Atlanta. Lim said it’s important that organizations reach out to AAPIs in their own languages. They also need to an understanding of “shared cultural experiences and spaces.”

The Democratic Party of Georgia has been creating multilingual resources to distribute to the AAPI community via social media and snail mail. They also set up an informational hotline that is available in seven different Asian languages.

“When AAPI communities have direct outreach from fellow AAPI voters, it makes a difference,” Rafanan said in an email.

Nina Reddy, who works on Georgia outreach for NAPAWF, spoke with AsAmNews about some of the useful strategies their volunteers use when phone banking or canvassing.

Organizations looking to mobilize AAPI voters have also found success engaging AAPIs on issues they care about. AAPI voters are not single-issue voters. They care about a variety of different issues like civil rights, the economy and healthcare.

“It depends on the person we’re speaking to. but the biggest trend we’ve seen in terms of what issues matter the most, in light of COVID, has definitely been healthcare,” Reddy said. “Access to healthcare is something they’ve been thinking a lot about.”

Ranafan said that AAPI voters are also concerned about the economy and civil rights. Many people mistakenly believe that AAPIs, who are seen as the docile “model minority,” don’t care about civil rights issues.

“But AAPI also experience racism and disenfranchisement too,” Rafanan said in an email. “It’s why young AAPI especially fight alongside and support our Black and Brown neighbors in the struggle for equality.”

Organizations have also built a diverse staff of AAPIs to help with outreach efforts. NAPAWF volunteers are diverse in age, ethnicity and socioeconomic background. Some of have been politically engaged for years while others are first time voters.

Volunteers are not just Georgia residents either. AAPIs across the country and around the world are offering their assistance. Reddy said that two US citizens living in Thailand emailed her to ask how they could participate in NAPAWF phone banking, despite the time difference.

Vivien Tsou, who also works on Georgia outreach for NAPAWF, said that almost half of their volunteers are also parents. Tsou, who has a three-year-old of her own, knows how hard it can be for parents to get involved.

“Knowing how COVID has been it’s just really exciting and impressive for me to see other parents who are in this movement and are doing this work with us,” Tsou said.

Typically, there is a decrease in turnout during run-off elections. But, AAPI organizers are hopeful that momentum will continue to build.

“AAPI voters have done a lot over the past few years to have a seat at the table, to be recognized for the struggles they’ve overcome and the achievements they’ve accomplished,” Rafanan said in an email. “The momentum has been building year after year. I’m hopeful and inspired by this, as I remember the many years previous, when AAPI presence was not quite as strong.”

Tonight NAPAWF will be hosting a Zoom run-off rally at 6 p.m. EST. Celebrity guests will emcee the event, and canvassers will share their experiences in Georgia. There will be phone banking training immediately after the speaking portion of the event. You can still RSVP for the event here