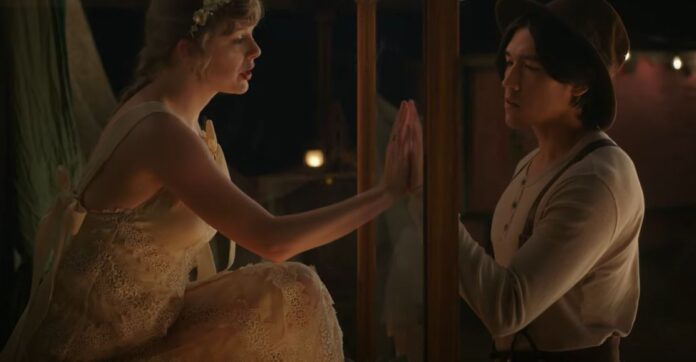 Willow generated nearly 4 million views by this morning after the megastar released it as the first single of her new album, Evermore.

Swift debut both the album and the single just 16 hours after surprising fans with the announcement of the album Thursday.

Lee plays someone who Swift first fantasized about as a child.

The more that you say, the less I know
Wherever you stray, I follow
I’m begging for you to take my hand
Wreck my plans, that’s my man

This is not the first time Lee and Swift joined forces. He appeared as part of Swift’s Red Tour in 2013, according to Hollywood Life.

The two apparently kept in touch. A check of Lee’s social media feed reveals Lee shared a photo of the two together in December 2019.

“A lifetime ago.” #35 and thriving,” Lee wrote on Instagram.

“Thanks Tay for bringing me back again for this project,” he wrote on Instagram Thursday.

We then see a brief flashback of the two playing as children, but again even in the flashback, Lee disappears leaving him to Swift’s imagination.

It’s an image she apparently could not let go. This video is a rare opportunity for fans to see an Asian male depicted in such a desirable fashion.

“I wanted Evermore to represent fall & winter while Folklore (her previous album) represents spring & summer,” she replied to one fan, according to E News.

Willow ends with Swift and Lee reunited, walking together hand in hand.