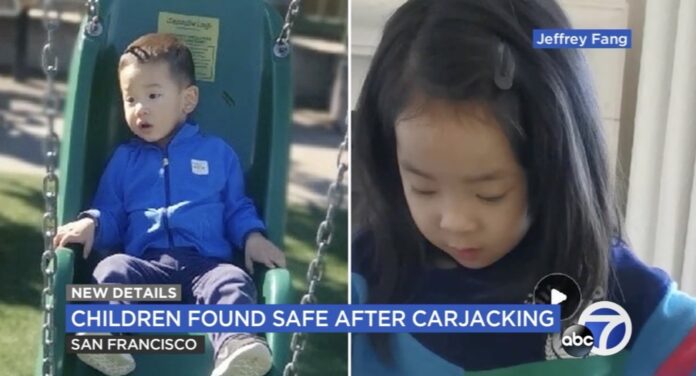 San Francisco police arrested a suspect in the carjacking and kidnapping of two young children that took place this past Saturday, KTVU reports.

Police announced on Wednesday that they had taken Erlin Obani Romero, 25, into custody on Sunday. They are still searching for one more suspect, ABC7 reports.

Jeffrey Fang was doing his DoorDash deliveries on Saturday night with his 4-year-old daughter and 1-year-old son in the car, KTVU reports. Around 8:45 p.m. Fang stepped out of his silver minivan on the 2100 block of Jackson Street to make a delivery. When he returned, the two suspects were in his car. After a brief struggle, the suspects drove off with Fang’s children still inside.

An Amber alert was issued late Saturday night and an intense search began. The children and the van were found in the Bayview district around 1 a.m. Sunday morning, according to ABC7. They were unharmed but taken to the hospital for a precautionary evaluation.

Fang thanked first responders and the public for their help in finding his children.