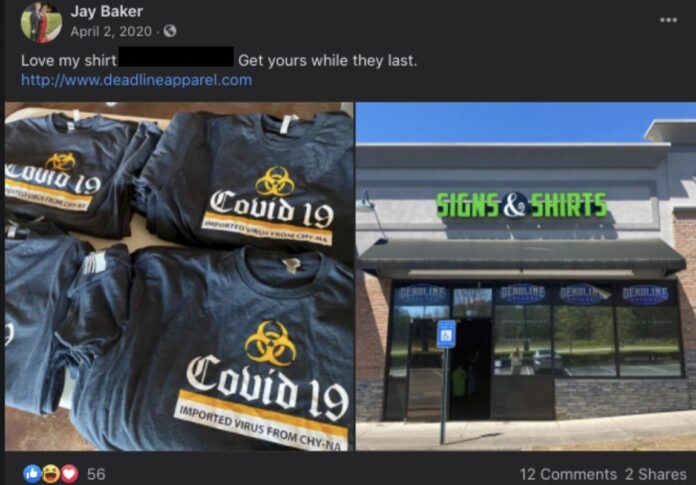 Cherokee County Sheriff’s Capt. Jay Baker, who said the shooter responsible for the death of 8 people at three spas was “having a bad day,” previously shared pictures of racist COVID-19 shirts on Facebook, Buzzfeed News reports.

“Yesterday was a really bad day for him and this is what he did,” Jay Baker said of the 21-year-old assailant Robert Long, who confessed to shooting 8 people, six of whom were Asian women.

An account associated with Capt. Baker posted a photo of shirts that said “COVID-19 IMPORTED VIRUS FROM CHY-NA” in April 2020, according to Buzzfeed News.

“Love my shirt,” Baker wrote in the post. “Get yours while they last.'”

According to The Daily Beast, photos from the account also show Baker in his uniform and attending sheriff’s department functions. Baker did not immediately respond to The Daily Beast’s request for comment. Sheriff Frank Reynolds told The Daily Beast he had never seen the photos.

“I am not aware of that. I will have to contact him, but thank you for bringing that to my attention,” Reynolds said.