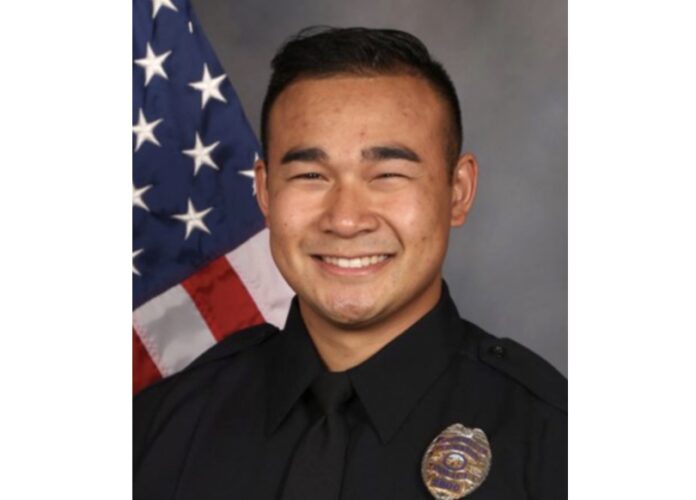 A police officer responding to a domestic violence incident was fatally shot in Stockton, California on Tuesday, ABC 7 reports. The suspect involved was also shot and killed by another Stockton Police Department officer.

Stockton Police Officer Jimmy Inn, 30, was responding to a domestic disturbance call at the 4400 block of La Cresta Way around 9:45 a.m. Tuesday. Inn knocked on the door of the home around 10:07 a.m. and stood off to the side.

A voice inside said “Hey police,” before firing multiple gunshots at Inn, according to KCRA 3. The suspect is believed to be 30-year-old Lance Lowe.

Police say fellow officer Pancho Freer shot at Lowe who had come outside the house. Lowe went back inside and returned with his 8-year-old son. According to police, Lowe began to strangle his son until a bystander tackled him to the ground.

Police shot Lowe after the bystander tackled him, KCRA 3 reports. Both Lowe and Inn were taken to the hospital, where they died of their injuries.

Inn is survived by his wife, a fellow Stockton police officer, as well as a 7-month old son, 12-year-old stepdaughter and a 14-year-old stepson. Information about the family Lowe leaves behind has not been given at this time.