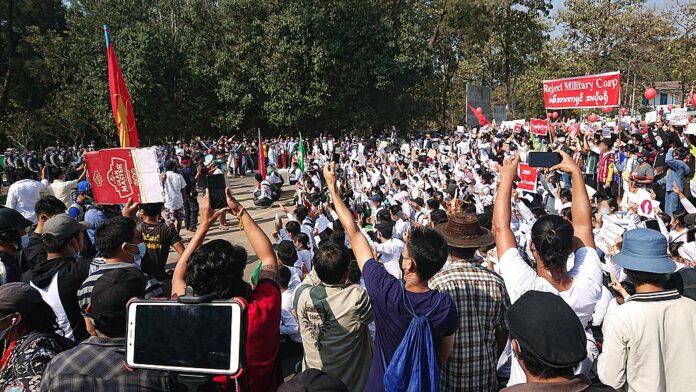 Nathan Maung, an American journalist, was freed from detention in Myanmar on Monday after over three months of imprisonment, Al Jazeera reports.

Maung was arrested on March 9 in Yangon for fomenting dissent against the military. Police have since dropped all charges against him, clearing the way for his release from Insein prison in Yangon and his flight back to the U.S. on Tuesday.

Myanmar underwent a military coup on February 1 that removed State Counsellor Aung San Suu Kyi and provoked mass demonstrations against the change in power. Since then, according to Al Jazeera, the military has suppressed dissent through acts of violence against Burmese citizens as well as censorship of news outlets.

Maung is the co-founder of local news outlet Kamayut Media, according to Channel News Asia. Its other co-founder, Hanthar Nyein, remains in prison. Sources told CNN that the pair were tortured for two weeks after their arrest.

The US State Department has not commented on claims Maung and Nyein had been tortured. They have, however, expressed concern about the detention of U.S. citizens.

Maung is one of two American journalists to have been arrested recently by the military in Myanmar: the other, Frontier Magazine editor Danny Fenster, was detained on May 25. His whereabouts and condition are currently unknown.