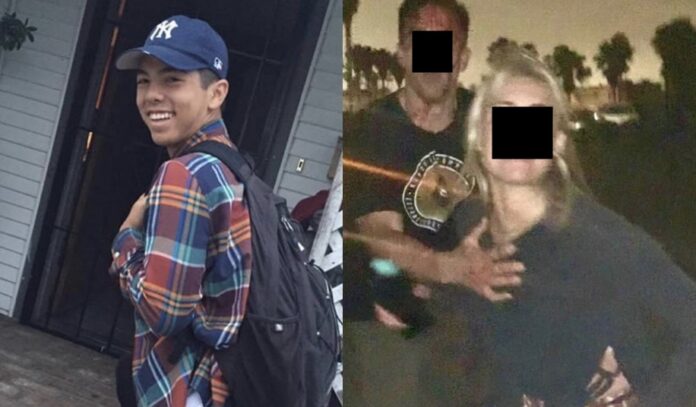 An Asian American college student and his friends say they were attacked after an argument over a fire pit escalated, NBC San Diego reports.

Kobe La, his girlfriend Kristina Castillo and a few of their friends took a trip to Ocean Beach on June 15. Jovian, an aunt of Kobe’s, told Very Asian that the group was “mostly Asian.”

The group set up camp near a fire pit with only a broken chair a few feet away from it. They say they waited to see if anyone would come claim the fire pit.

Shortly after 7 p.m., a man, who identified himself as a 35-year-old local, appeared, claiming it was his fire pit and his beach. Castillo says the man became agitated and aggressive as they tried to reason with him.

Castillo told NBC San Diego that he threatened them: “‘Wait till it gets dark — I’ll get you,’ and he started cussing a lot.”

The man came back later with two other men and two women. By that time lifeguards had left, Jovian told Very Asian, and the altercation became physical.

La attempted to break up a fight after his friend was punched. He says he was hit multiple times. The attackers struck La and his friends with objects like chairs as well as using their fists.

“I distinctly remember hearing them say. like, ‘If you guys are here any later, we’re going to shoot all of you,’ ” La told NBC San Diego. “That’s the last thing I heard from them.”

The attack left La with a broken jaw, but he believes things could have been much worse.

Jovian told Very Asian that her nephew and his friends believe they were targeted because they were a younger, smaller group of minorities. They say that one of the attackers called a Black victim the n-word.

Jovian also provided Very Asian with photos of Kobe and his alleged attackers.

NBC San Diego reports that the San Diego Police are investigating the incident as a battery case. They have blurred the image of the alleged attackers as police cannot confirm whether they consider them suspects.