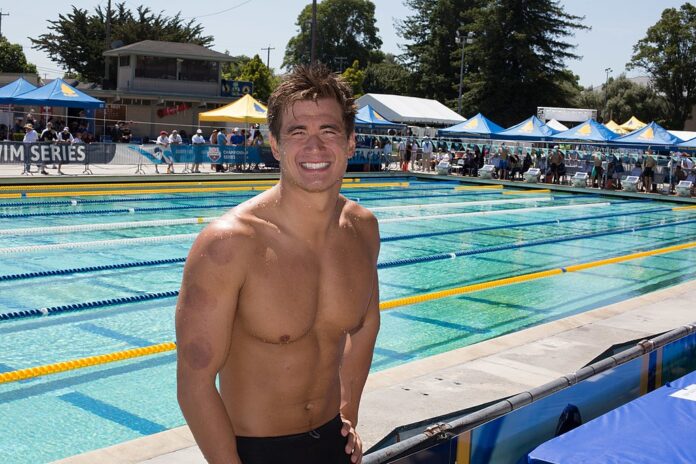 Nathan Adrian in 2017 // Photo by JD Lasica via Wikimedia Commons

Adrian finished third in the men’s 50m free, missing out on the olympics by one spot.

“Those two guys just beat me. That’s how this sport works,” Adrian told NBC’s Michele Tafoya after the race, according to NBC Olympics. “They’re going to be good — they’re going to give Team USA our best shot at winning the most medals possible. I’m now their biggest fan.”

The 32-year-old swimmer attended the University of California Berkeley and was a five-time individual NCAA champion. He medaled eight times at the Olympics, winning gold five times.

In January 2019, Adrian was diagnosed with testicular cancer. He had two surgeries, returning to competition in May 2019.

Adrian told the Today Show that the Olympic postponement gave him more time to recover.