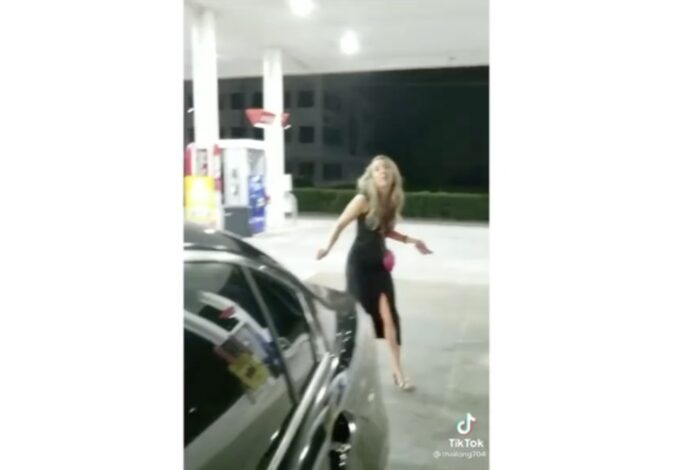 A woman was filmed verbally abusing an Asian American Uber driver with racial slurs and profanities in Charlotte, North Carolina, in a viral video posted on social media.

Stella Thomas, a marketing manager at Swedish textiles company AB Ludvig Svensson, confronted the man in a gas station parking lot, Queen City Nerve reports. Although the interactions leading up to the recording are unclear, she is shown yelling at the driver to “go back to Asia.”

“This lady over here cussed me out for no reason,” the driver said at the beginning of the video, which has garnered over 100,000 views on Instagram.

While Thomas’ two companions apologized to the man for her behavior, she continued to curse at him, at one point calling him the n-word.

A representative for Ludvig Svensson told Queen City Nerve that it has suspended Thomas for her actions. Although she has been with Ludvig Svensson for a long time, they said, the company supports a “multicultural environment.”

“We at Ludvig Svensson strongly object to this kind of behavior,” President of Americas Operations Mauricio Manotas wrote to Queen City Nerve in an email. “Disciplinary actions are being taken as we speak.”